Virginia’s average budgetary grades for fiscal 2015 through 2019 in the budget maneuvers and legacy costs categories reflect past shortcomings more than recent reforms.

In budget maneuvers—the use of one-time measures to achieve balance—Virginia received a C average despite having weaned itself from practices that deferred recurring expenditures or funded them with debt. Its remaining maneuver in fiscal 2019 was requiring businesses to accelerate sales tax payments that would ordinarily be paid in the next fiscal year. The number of businesses affected declined, however, as the state sought to reduce its reliance on this tactic.

Virginia’s D average in legacy costs, the second-lowest mark possible, stemmed partly from funding public worker pensions and other postemployment benefits (OPEB), primarily health care, at less than actuarially recommended levels in 2015–17. In 2018, however, the state began making full actuarial pension contributions; it did the same for OPEB the next year. Its funding ratio for pensions was 77 percent in 2019, 6 percentage points above the total for all states.

Virginia achieved a top A average for reserve funds based on policies that guide withdrawal and replenishment and establish a link between rainy day fund deposits and revenue volatility. The state has room to improve in the transparency category, where it scored a C average for its lack of comprehensive annual or biennial reporting on tax expenditures and because it does not disclose deferred infrastructure maintenance costs. 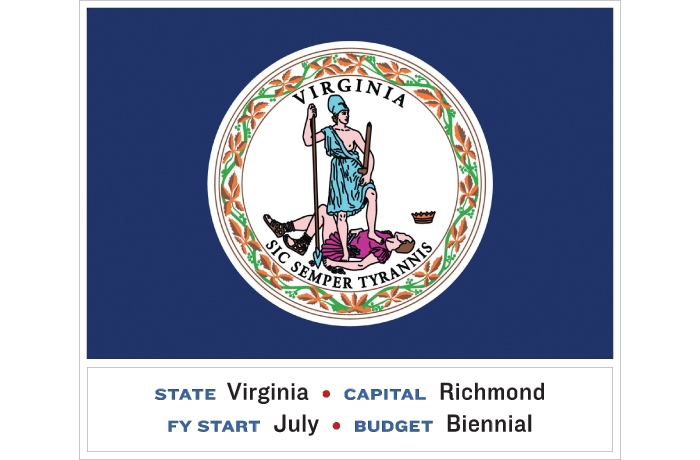