In its $41.3 billion budget for fiscal 2019, as well as in the four prior spending plans studied, Massachusetts relied on budget maneuvers—one-time measures—to achieve balance, which resulted in the state’s earning a C average in the category.

For example, the state used bond refunding transactions in fiscal 2019, structured with new repayment schedules that allowed it to forgo principal payments due in fiscal 2019 and 2020. The largest transaction refinanced $225 million in bonds maturing in 2019–20 and amortized them through 2027, with no principal due until fiscal 2021 and the bulk owed after 2023.

The state also relied on other maneuvers, including expenditure deferrals, the transfer of special fund dollars to the general fund, and asset disposals to generate revenue. In fiscal 2017, the sale of the vacant Edward J. Sullivan Courthouse in Cambridge netted $30 million for operating expenditures. Massachusetts also failed to make actuarially determined contributions to its public employee pension plans in all years studied, which led to an average of D-minus, the lowest grade possible, in legacy costs. In 2018 and 2019, Massachusetts funded the state workers’ and teachers’ retirement systems at 73 percent and 75 percent, respectively, of actuarial recommendations. The state’s pension overall funded ratio was 59 percent in 2019, 12 percentage points below the total for all states. Massachusetts also failed to provide actuarially recommended annual contributions for its other postemployment benefits (OPEB), largely health care, for all five years.

The state fared best in the reserve funds category. Its funding policies were linked to revenue volatility, a practice deployed in nineteen other states, which earned Massachusetts a top A average. 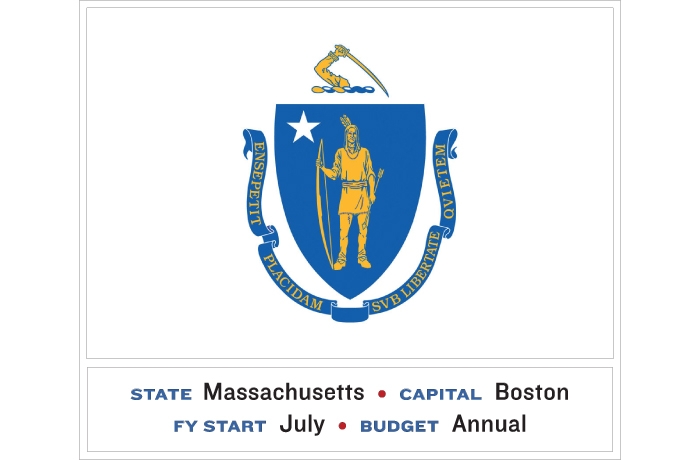