Iowa’s conservative budgeting practices helped it achieve top A average grades for fiscal 2015 through 2019 in budget maneuvers and legacy costs. In four of the five years studied, the state had an unblemished record in avoiding any of the one-time maneuvers—such as special fund transfers or deferring expenditures—that many states have used to achieve balance. Only in 2017 did Iowa slip slightly: When the state faced a projected gap between revenues and expenditures, it enacted $25.1 million in special fund transfers to the general fund as part of that year’s budget.

In legacy costs, Iowa’s annual contributions to its public worker pension were aligned consistently with actuarial recommendations; in 2019, its pension funding ratio was 85 percent, 14 percentage points above the total for all states. Iowa’s minimal retiree health care offerings mean that its liability for other postemployment benefits (OPEB), primarily health care, was too small to factor into its grade in the category.

Iowa’s C average in transparency reflected a failure to report on tax expenditures annually or biennially—something forty-two other states do. The most recent tax expenditure report was dated 2015. Its C in budget forecasting stemmed from its short horizon for revenue forecasts, which cover only two years. Thirty-two states have projections that look ahead for three years or more. Iowa budget documents also lack explanations to support projections of revenue growth. 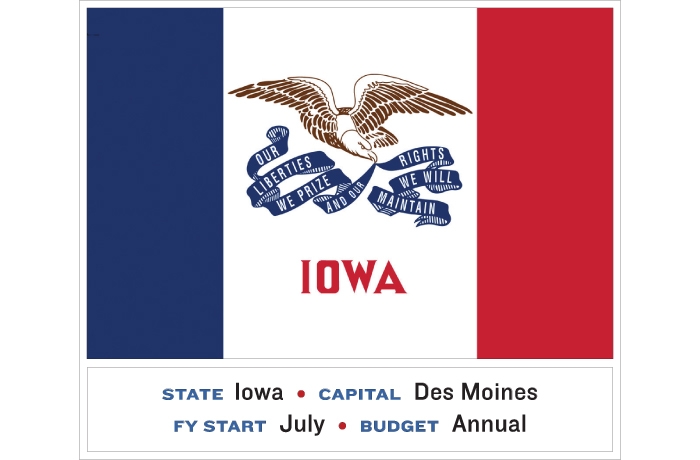