Washington earned A averages in budget forecasting and reserve funds for fiscal 2016 through 2018. At the same time, it received the second-lowest mark possible for its handling of legacy costs, including public worker pensions and other postemployment benefits (OPEB), such as health care.

Its top forecasting grade reflected Washington’s disclosure of multiyear revenue and expenditure estimates. The state Economic and Revenue Forecast Council, which includes members of the legislative and executive branches, as well as the independently elected state treasurer, releases a quarterly budget forecast that currently includes expenditure projections through 2021.

Likewise, Washington’s mark in reserve funds reflected its general fund balance of $3.3 billion at the beginning of fiscal 2018 in addition to a rainy day fund of $1.3 billion, according to the National Association of State Budget Officers. The state has policies for withdrawals and deposits, and it ties reserves to revenue volatility.

Although Washington’s public worker pension funded ratio stood at 89.6 percent as of 2017, 20 percentage points above the total for states, it averaged only a D in legacy costs because it failed to make full actuarially determined contributions for either pensions or OPEB.

Washington earned B averages in the budget maneuvers and transparency categories. While the state avoided many one-time budgetary actions, including deferring recurring expenditures or using debt to cover operating costs, it shifted special fund revenues to the general fund. This practice may be unsustainable over time and may undermine past decisions about revenue allocation. Washington’s only weakness in transparency was its failure to disclose deferred infrastructure replacement costs—a shortcoming it shares with forty-five other states. 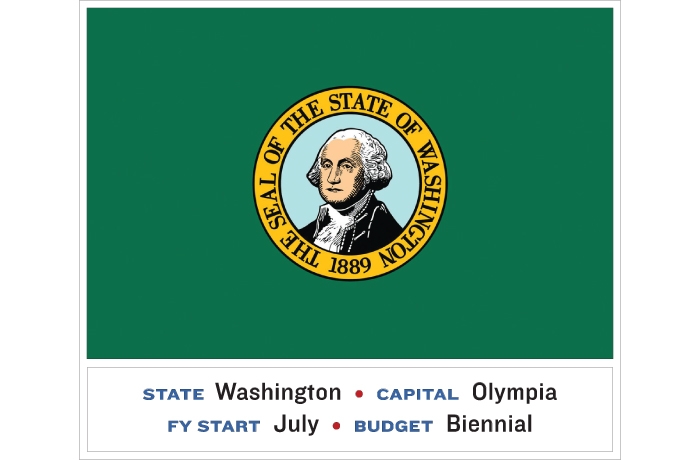