Vermont landed B averages from fiscal 2015 through 2019 in four out of five budgetary categories. Its major weakness was reflected in its D in legacy costs, which includes public worker pensions and other postemployment benefits (OPEB), primarily health care.

The mark, the second-lowest possible, stems from Vermont’s lack of actuarially determined contributions for OPEB. The program had a net liability for state workers and teachers of $2.2 billion in 2019, a relatively high sum for a small state. While Vermont funded public worker pensions according to actuarial recommendations from 2015 through 2019, the pension funding ratio was 64 percent, 7 percentage points below the total for all states.

One element in each of the other four categories kept Vermont from attaining A averages. The state missed the top mark in reserve funds because it does not tie its budget stabilization fund to revenue volatility, a flaw shared by twenty-nine other states. Its weakness in transparency was an absence of reporting on deferred infrastructure maintenance, something forty-four other states also lack. In budget forecasting, Vermont had no multiyear expenditure forecasts.

The budget maneuvers grade reflected general avoidance of one-time measures to achieve balance, although the state did draw down general fund balances to support recurring expenditures in 2018. 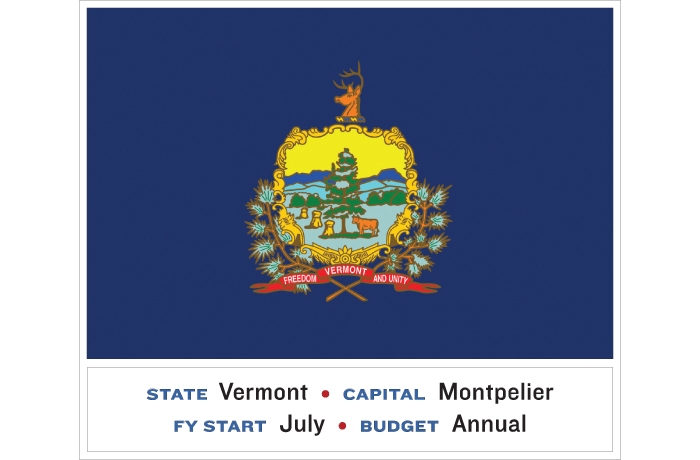