While most states cut back on budget maneuvers as the economy expanded in fiscal 2015 through 2019, Texas stepped up its use of such one-time measures to cover recurring expenditures in the later years of the study period. The increase in maneuvers limited Texas’s average grade in the category to a B. Actions included the legislature’s authorizing a transfer of $668 million from special funds to the general fund to close a shortfall before the passage of the fiscal 2018–19 budget.

Texas had an even weaker performance in legacy costs, with an average of D-minus, the lowest possible grade. Just six other states fared that poorly. Its annual contributions for public worker pensions and other postemployment benefits (OPEB), primarily health care, consistently fell short of actuarially determined amounts. Its pension fund ratio dropped from 76 percent in 2017 to 69 percent in 2019, 2 percentage points below the total for all states.

As befits a state with vast oil and gas production, Texas scored an A average in reserve funds. It deposits a large portion of severance tax collections into the Economic Stabilization Fund in years when receipts exceed 1987 levels. This brought the fund to $10.1 billion in fiscal 2019, an amount equivalent to 19.3 percent of general fund expenditures.

Texas’s average of C in budget forecasting was buoyed by measures requiring the Legislative Budget Board to prepare analyses of the impact of economic and demographic growth on the state’s finances. The initial report, released in 2017, covered fiscal 2018–27, and a subsequent analysis covered fiscal 2020–29. Whether similar long-term projections continue will depend on the legislature’s evaluation of the new process. 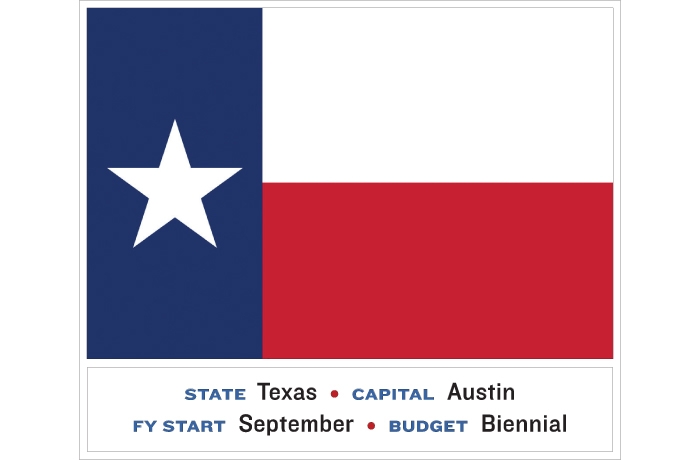