Ohio was one of sixteen states that failed to earn a top A average in any of the five budgetary categories studied in fiscal 2015 through 2019.

In budget maneuvers—the use of one-time actions to achieve balance—the state’s B average resulted from tactics in 2018 that included transferring money from special funds into the general fund and using $14.3 million of collections from a tax amnesty program to cover recurring expenditures.

While Ohio was like thirty-seven other states in earning a B average in transparency, its production of regular reports on tax expenditures was especially noteworthy. While most states create such reports, Ohio’s included an unusual amount of detail, including clear explanations, historical data, and comparative information on tax exemptions, deductions, credits, and exclusions.

The state averaged a C in legacy costs, including public worker pensions and other postemployment benefits (OPEB), primarily health care. While it consistently provided annual pension contributions on an actuarially recommended basis, it did not do the same for OPEB. Still, Ohio set aside $12.6 billion for future retiree health costs, leaving its OPEB plan 47.8 percent funded at the end of fiscal 2019. Its 2019 pension funding ratio was 78 percent, 7 percentage points above the total for all states.

Ohio’s lowest grade, D, was in budget forecasting. The state failed to project revenues or expenditures beyond the budgetary biennium and was among twenty-one states that lacked a consensus revenue forecasting process. 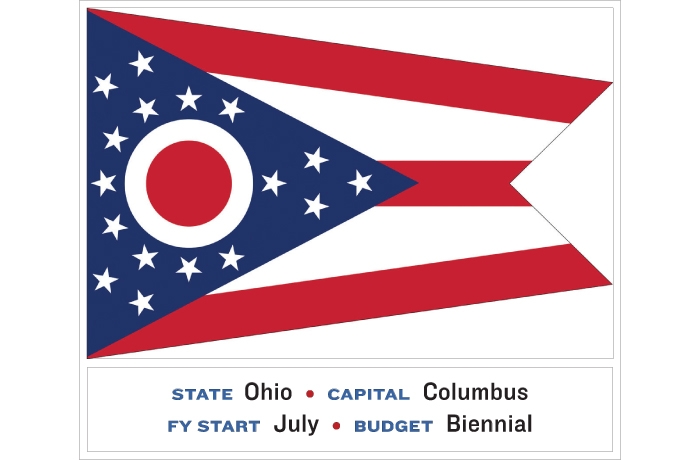