Of the eight states that rely most heavily on volatile severance tax collections, North Dakota was the only one to register a D-minus average in budget forecasting, the lowest possible grade, for fiscal 2015 through 2019. The state failed to use consensus revenue forecasts, with the executive branch’s Office of Management and Budget holding primary authority for estimates. Revenue and expenditure projections cover only the upcoming biennial budget, and no information is provided to support short-term revenue growth projections.

North Dakota’s performance parallels other resource-dependent states more closely in the reserve funds category, where it received a top A average. Like most such states, North Dakota incorporates revenue volatility in policies for Budget Stabilization Fund disbursements and replenishments. It does this by requiring a biennial deposit of up to $75 million from oil and gas production taxes until the stabilization fund reaches 15 percent of general fund expenditures. General fund balances that exceed $65 million are also shifted to the stabilization fund at the end of the biennium. The fund had grown to $659 million by 2019, equivalent to almost 30 percent of general fund expenditures.

The state posted a D average in legacy costs, which include public worker pensions and other postemployment benefits (OPEB), primarily health care. Its OPEB liability is small and has been funded at or above actuarially determined levels, but North Dakota did not make actuarially based annual pension contributions during the study period. Its pension funded ratio was 70 percent in 2019, 1 percentage point below the total for all states. 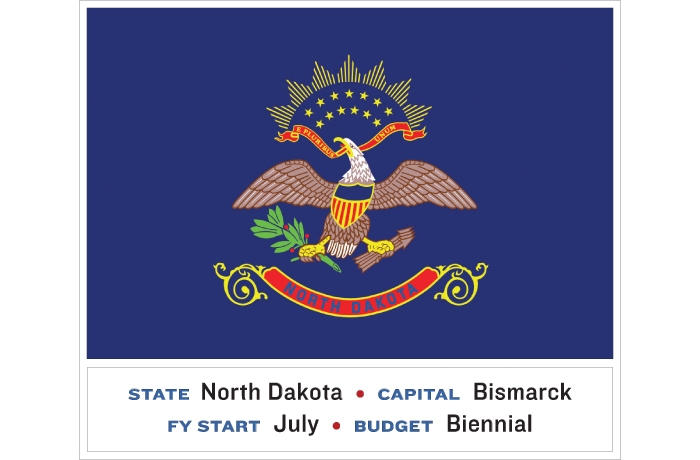