Reflecting decades of underfunding public worker pension and other postemployment benefits (OPEB), principally health care, New Jersey was one of only seven states to receive a D-minus average, the lowest possible grade, in legacy costs for fiscal 2015 through 2019. In budget maneuvers, the state was one of just four receiving a D average, with neighboring Pennsylvania the sole state ranking lower.

Although New Jersey has increased its pension contributions in recent years, its 2019 appropriation was still only 61 percent of the actuarial recommendation. That year, New Jersey had the second-worst-funded state pension system in the US, with assets equal to 40 percent of promised benefits, up from 31 percent in 2016. It also failed to provide annual contributions for OPEB in line with actuarial recommendations and instead funded its $13.8 billion net liability on a pay-as-you-go basis.

The state made fewer one-time moves in 2019. It continued to rely on transfers from special accounts to bolster the general fund, however, including shifting $82 million from the state’s Clean Energy Fund to cover New Jersey Transit utility costs that are usually paid from general fund dollars. Another $47.5 million from the energy fund was used for utility costs in state facilities. The state also shifted $179.5 million to the general fund from the New Jersey Turnpike Authority—although that was $13.5 million less than in fiscal 2018.

New Jersey’s shortcomings in the budget forecasting category, which resulted in a D average, have remained constant through the study period. It does not use the consensus method of revenue forecasting, and budget documents fail to provide multiyear projections for revenues or expenditures. 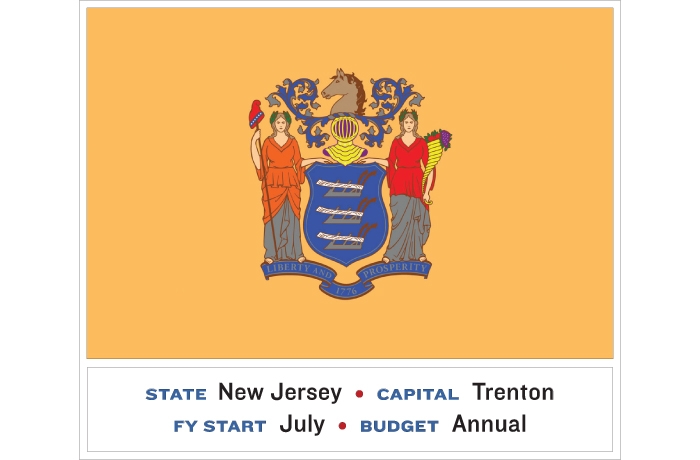