New Hampshire’s mix of B and D average grades for fiscal 2015 through 2019 reflects a state that carries out some budgetary practices relatively well and others poorly. Its D average in budget forecasting, for example, was driven partly by revenue and expenditure projections that failed to extend farther than the biennial budget. In 2018–19, New Hampshire also lacked explanatory information for its short-term revenue growth projections in the governor’s biennial executive budget summaries or the monthly revenue reports from the Department of Administrative Services.

The state’s D average in legacy costs, which include public worker pensions and other postemployment benefits (OPEB), primarily health care, shows a disparity in retirement funding practices. While New Hampshire made annual pension contributions on an actuarial basis, it did not do so for OPEB, which had a net liability of $1.8 billion as of June 30, 2019. That year, New Hampshire’s pension funding ratio was 66 percent, 5 percentage points below the total for all states.

In the remaining three categories, New Hampshire fared better. In budget maneuvers, it averaged B. While it avoided one-time actions to balance budgets in 2016–17, it used transfers from special funds in the following two years. In 2019, $146.3 million of New Hampshire Liquor Commission profits were used for general fund expenses.

New Hampshire’s B in reserve funds reflected its lack of consideration of revenue volatility in policies governing the Revenue Stabilization Reserve Account, a shortcoming shared with twenty-nine other states. That fund held $115 million in fiscal 2019, equivalent to 7.7 percent of general fund expenditures, up from $22 million, or 1.7 percent, in fiscal 2015. 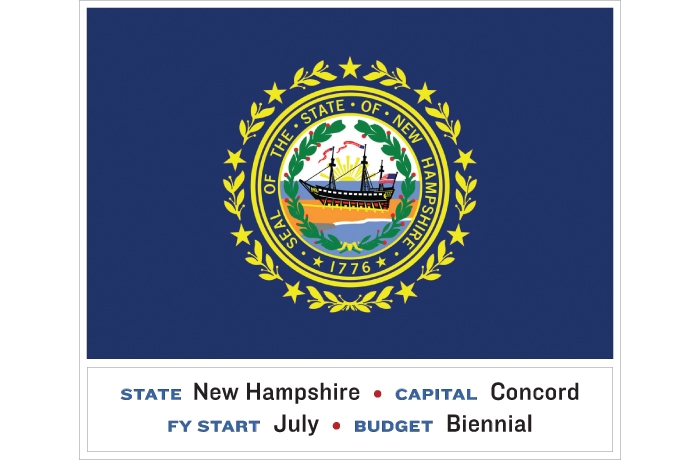