Maryland is one of twelve states to enjoy a top AAA bond rating from the three leading US credit rating companies. The rating indicates that the risk of default on the state’s general obligation debt is deemed to be low. Yet like its eleven peers, Maryland has weaknesses in its budget procedures that may leave it vulnerable to fiscal shocks caused by recessions.

For example, in budget maneuvers—the use of one-time actions to plug gaps and achieve balance—Maryland received a C average grade for fiscal 2015 through 2019. In 2015–17 it used several maneuvers, including paying operating expenses with debt, and in 2018 it began to defer some recurring expenditures to future years. In 2019, the state put off a mandated $15 million expense for its Program Open Space, which provides assistance to localities for development of recreational areas.

In legacy costs, which include public employee pensions and other postemployment benefits (OPEB), principally health care, the state also averaged a C. In the five years studied, Maryland funded OPEB in line with actuarial recommendations only once, in 2018. By contrast, the state made actuarially determined pension contributions every year from 2016 through 2019; its 2019 pension funding ratio of 72 percent was 1 percentage point above the total for all states.  In 2016 its pensions were 65 percent funded.

The state fared best in budget forecasting, with a top A average. It produces multiyear forecasts for expenditures and revenues, has a consensus revenue forecasting process, and provides explanations for revenue growth projections, including information about assumptions that went into the estimates. 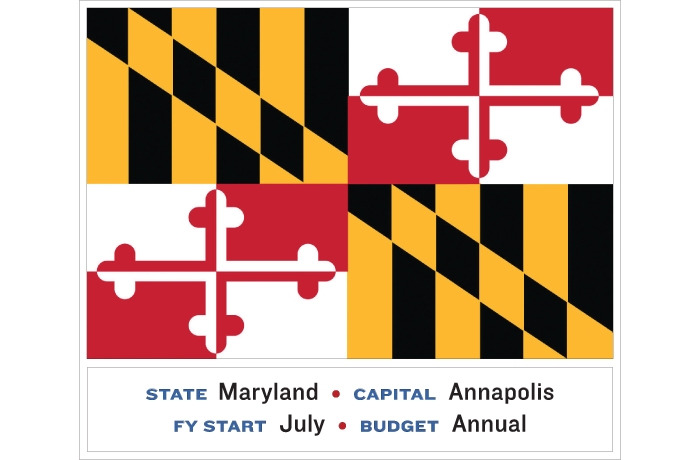