Among the six New England states, Maine was the only one to average a top A in legacy costs for fiscal 2017 through 2019, in large part because of its longtime practice of making at least its full actuarially determined contributions for public worker pensions and other postemployment benefits (OPEB) each year. Its pension was about 85 percent funded in 2018, almost 15 percentage points above the total for all states. In that year it also paid more than its actuarially determined contribution for OPEB, which covers health care costs.

Maine was one of only four states to earn no grade lower than a B average for 2017–19 in all five evaluated budgetary categories. The other three were Oklahoma, South Dakota, and West Virginia.

Maine’s only significant shortcoming in budget maneuvers was its regular underfunding of aid for local schools. The state is obligated by statute to cover 55 percent of the cost of education for kindergarten through twelfth grade, but it committed to pay only 52 percent in 2019. The effect achieves budgetary balance by shifting costs to school districts, at least temporarily.

The state’s singular flaw in transparency was not disclosing deferred infrastructure maintenance costs. Its B average in forecasting stemmed from a lack of multiyear expenditure estimates. Maine’s expenditure forecasts cover only the next biennium, which falls short of our three-year minimum for full forecasting credit.

The report cards presented here are taken from the 2020 Volcker Alliance report, Truth and Integrity in State Budgeting: The Balancing Act, which proposes a set of best practices for policymakers. For those wishing to gain greater insight into state fiscal issues, the accompanying budget resource guide is derived from the Alliance publication State Budget Sources: An Annotated Guide to State Budgets, Financial Reports, and Fiscal Analyses (2016). 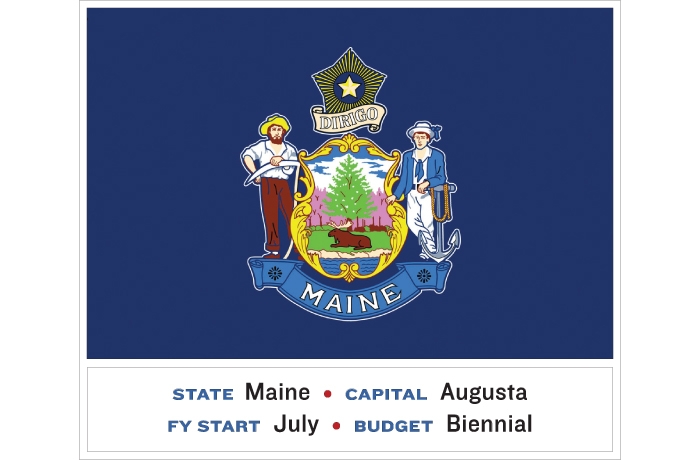 The report cards found here contain grades of the state's budgetary practices during the fiscal years of 2017 through 2019. Each state received marks in five critical categories, based on their adherence to best practices in several key budgeting indicators. The five categories covered methods used to achieve budgetary balance as well as how budgets and other financial information are disclosed to the public.