While Louisiana frequently resorted to budget maneuvers to achieve balance for fiscal 2015 through 2019, a lessening of reliance on one-time measures in the later years of the study period buoyed its performance enough to leave the state with a C average for the category. An increase in sales tax rates, combined with deep cuts in agency spending, helped reduce Louisiana’s use of maneuvers.

Louisiana scored worse in legacy costs, averaging a D. While it provided annual funding for pensions in line with actuarial recommendations, its pension funding ratio of 67 percent in 2019 was 4 percentage points below the total for all states. Louisiana also failed to make annual actuarially recommended contributions for other postemployment benefits (OPEB), primarily health care.

In contrast, Louisiana earned a top A average in reserve funds. As part of an effort to protect itself from the revenue swings that afflict states producing oil and natural gas, it has established solid policies for its Budget Stabilization Fund, including rules for disbursements and replenishments. The state also takes revenue volatility into account by tying deposits to the rainy day fund to excess revenues from severance taxes. 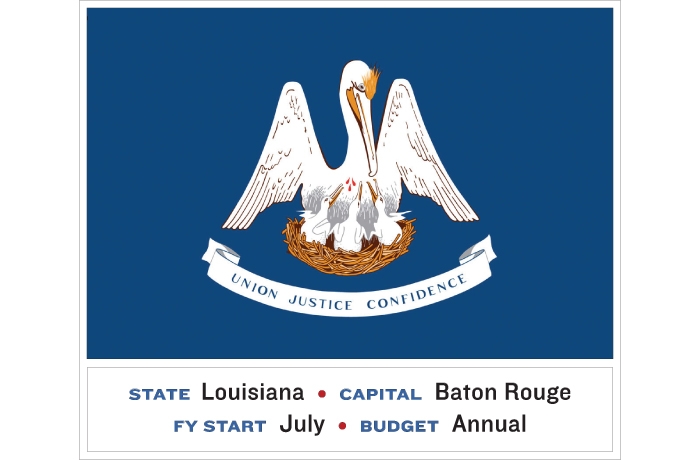