Kansas was the only state to receive D averages for fiscal 2015 through 2019 in four out of five budgetary categories covered. Its best mark—B in transparency—reflected generally good practices save for a lack of disclosure of deferred infrastructure maintenance costs.

Kansas was penalized in evaluations of budget forecasting for its lack of disclosure of long-term revenue and expenditure forecasts. Instead, the state provides estimates only for the year covered by the budget. In reserve funds, Kansas showed good intentions, but a lack of follow-through hurt its grade. The state established a Budget Stabilization Fund in 2016, with a launch set for the beginning of fiscal 2019. But it had yet to deposit anything into the new rainy day account by the end of the year. Moreover, as of 2019, Kansas was the only state that had not set guidelines for fund use or replenishment.

While its D average in legacy costs reflected years of annual public employee pension contributions below actuarially recommended levels, Kansas did show some improvement in its pension funding ratio: It rose to 70 percent in 2019, 1 percentage point below the total for all states that year. In contrast, its 65 percent funding ratio in 2015 was 7 percentage points below that year’s total. The legacy costs category includes other postemployment benefits (OPEB), primarily health care. Since Kansas has minimal obligations for such for them, however, it is a reasonable budgeting practice for it to pay benefits out of operating revenues rather than build reserves.

Kansas’s D average in budget maneuvers reflected a recovering economy, and revenues that helped the state lessen the use of one-time actions to achieve balance. 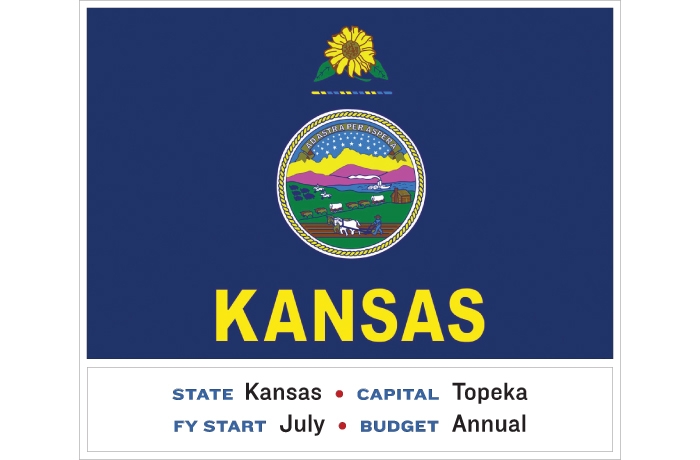