Illinois was one of only two states—Kansas was the other—to receive average grades of D or below in budget maneuvers, legacy costs, and reserve funds for fiscal 2015 through 2019. Illinois posted D averages in budget maneuvers and reserve funds but a D-minus, the worst grade possible, in legacy costs, which includes public employee pensions and other postemployment benefits (OPEB), mainly health care. At 39 percent, Illinois’s pension funding ratio in 2019 was 32 percentage points below the total for all states and the lowest of the fifty. Illinois also failed to provide adequate OPEB funding. With a liability of $54.5 billion at the end of fiscal 2019, it delivers these benefits on a pay-as-you-go basis.

The state, which failed to enact a budget in 2016 and 2017, also consistently used one-time measures to pay for recurring operating expenditures. They included deferring payment of vendor bills to future years, issuing bonds to pay down the bill backlog, and including assumed proceeds from a planned asset sale as revenues. In reserve funds, their D average reflects deficits in general fund balances, minimal rainy day fund balances, and a failure to link reserves to revenue volatility.

The one bright spot for Illinois was its B in transparency. The grade was buoyed in 2019 by the disclosure, for the first time, of at least $25 billion in deferred infrastructure maintenance costs for buildings, universities, roads, bridges, and schools. Only four other states make similar disclosures. 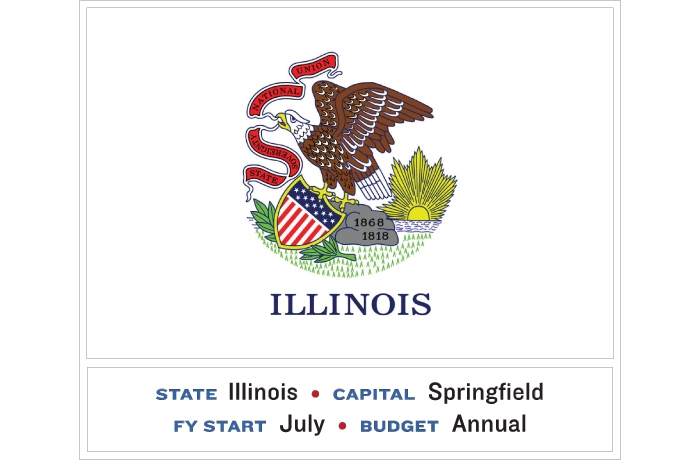