Delaware’s revenue recovery trailed those of many other states in the later years of the recovery from the Great Recession. In fiscal 2019, for example, revenues rose by 4.5 percent versus the national average of 6.3 percent. Unlike some neighbors, however, Delaware was not tempted into using budget maneuvers to achieve balance. As a result, it was one of seventeen states to win a top A average in the category from fiscal 2015 through 2019.

Its avoidance of maneuvers was buttressed by the addition in 2018 of multiyear expenditure forecasts to budget documents, giving it a B average in budget forecasting. Its lowest average grade was a C in legacy costs, which include public worker pensions and other postemployment benefits (OPEB), primarily health care. The mark reflected the state’s practice of funding OPEB annually on a pay-as-you-go basis and not according to an actuarially determined amount. In contrast, Delaware’s pension was consistently funded in line with actuarial recommendations.

Delaware posted B averages in reserve funds and transparency. Its policies for using and replenishing the Budget Reserve Account helped the fund grow by small amounts in each year from 2015 through 2019, when it totaled $240 million, equivalent to 5.5 percent of general fund expenditures. Its shortcoming was a failure to link the fund to historical revenue volatility, an element also missing in twenty-nine other states. The transparency grade resulted from Delaware’s failure to report deferred infrastructure maintenance costs in budget documents, a shortcoming shared by forty-four other states. 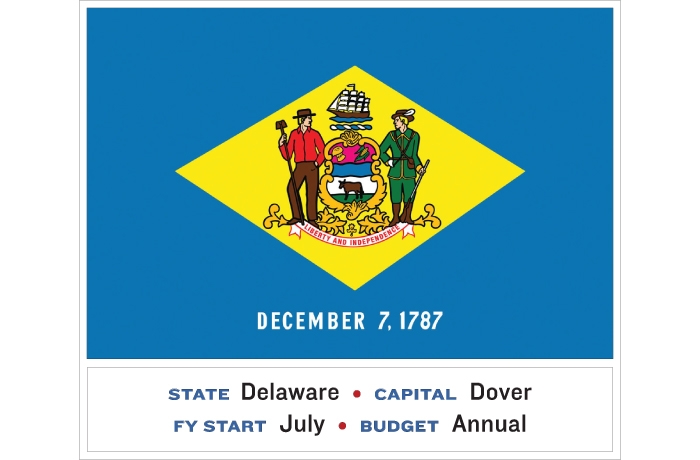