Connecticut’s robust budget forecasting procedures for fiscal 2015 through 2019 merited an A average, making it one of only ten states to achieve the top mark in the category.

The state’s consensus revenue estimating process requires the governor and legislature to agree on projections and the reasoning behind them each November, with updates, if necessary, in January and April. The executive branch supports the estimates with analyses of economic indicators and sectors prepared by the Office of Policy and Management. This information is included in the state’s biennial budget. Connecticut also provides revenue and expenditure projections for three years beyond the current budget, a best practice.

The state’s average mark in reserve funds was a B, reflecting 2017 legislation that added consideration of revenue volatility to rainy day fund policy. The law provides that personal income tax collections over a certain amount be deposited into the Budget Reserve Fund, with a cap set at $3.1 billion for fiscal 2019. Its reserves are particularly important, as Connecticut has a volatile revenue structure due to its progressive income tax.

In contrast to its budget forecasting and reserve fund marks, Connecticut averaged a D, the second-lowest mark, in legacy costs. These include public worker pensions and other postemployment benefits (OPEB), primarily health care. Its 2019 pension funding level was 46 percent, 25 percentage points below the total for all states. Only Illinois, Kentucky, and New Jersey had lower funding levels. Connecticut finances OPEB on a pay-as-you-go basis rather than making actuarially determined contributions to finance benefits. 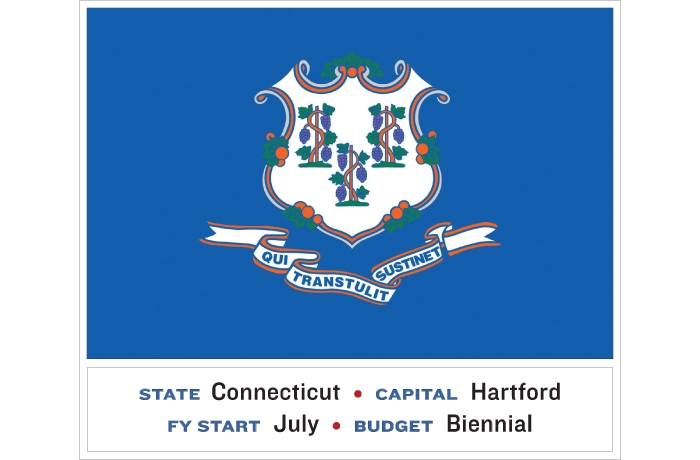