Twenty years ago, Colorado’s state worker pension was 99 percent funded. But in following years the funding ratio slipped below 60 percent as benefits were increased, investment returns did not hit expected levels, and the state’s annual contributions fell short of those recommended by actuaries.

These practices contributed to Colorado’s below-average pension funding ratio and to its D average in legacy costs for fiscal 2015 through 2019. But legislators set the stage for improvement in 2018, when they began to phase in hikes in the retirement age for future retirees, increases in annual contributions for employers and workers, and reductions in cost-of-living benefit raises. These steps helped raise the pension funding ratio from 59 percent in 2018 to 65 percent in 2019. What saved Colorado from a bottom-dwelling D-minus average was its funding of other postemployment benefits (OPEB), primarily health care, in line with actuarial recommendations in all five years studied.

While Colorado failed to receive an A average in any area, it took Bs in budget maneuvers, reserve funds, and transparency. In budget maneuvers, the state lessened use of one-time actions to achieve balance. For example, in 2018, its university system stopped relying on a one-day shift in payroll obligations from one fiscal year to the next, the practice followed in 2015–17.

Although Colorado does not have an official rainy day fund, it has policies similar to those in other states for using and replenishing general fund balance. It does not consider revenue volatility in policies governing the fund balance, however, a shortcoming shared by twenty-nine other states. 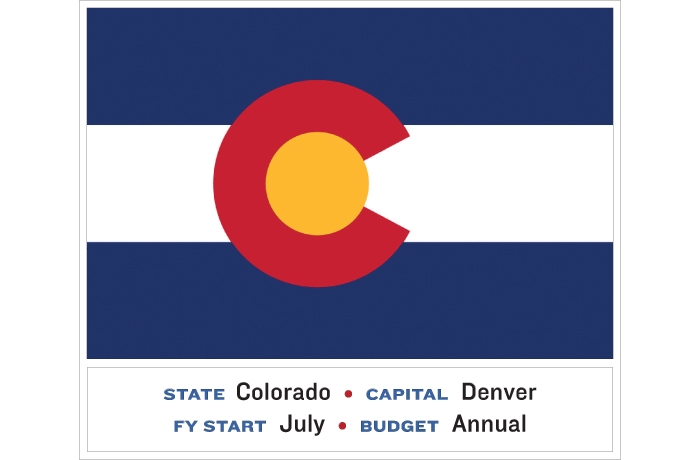