Alabama’s efforts to avoid deficit spending helped it win B averages for fiscal 2015 through 2019 in budget maneuvers, reserve funds, and transparency, but did not prevent the state from earning lower grades in two other categories.

Alabama is among a handful of states that use two separately financed budgets for operating expenditures, a practice established in 1927. Its general fund is relatively small, supporting programs such as Medicaid, public health, and courts, and receiving about 20 percent of state tax revenue from sources including levies on oil and gas production and on cigarettes. Income and sales taxes flow into an education fund, which is over three times the size of the general fund. When revenues fall short of estimates in either area, the governor must cut spending in affected funds.

Over the five years studied, Alabama’s use of budget maneuvers—or one-time revenue or expenditure decisions—was modest for the education and general funds. The state’s B average in the category resulted from revenue shifts in 2015–18, including $146 million borrowed in 2015 from the Alabama Trust Fund, which captures revenues from sales of offshore drilling rights and royalties on natural gas production.

The state’s education rainy day and budget stabilization funds and its General Fund Rainy Day Account have disbursement and replenishment policies. The combined reserve totaled $848 million in 2019, equivalent to 9.7 percent of combined general fund and education expenditures. Even with the cash cushion, Alabama averaged a B in reserve funds, missing an A because it does not connect funding policies with historical revenue volatility.

In budget forecasting, Alabama was one of only three states averaging a D-minus, the lowest possible grade. The governor and legislature do not use the consensus method to establish revenue estimates; projections for revenues or expenditures fail to extend beyond the current budget; and information to explain revenue forecasts is lacking in budget documents. 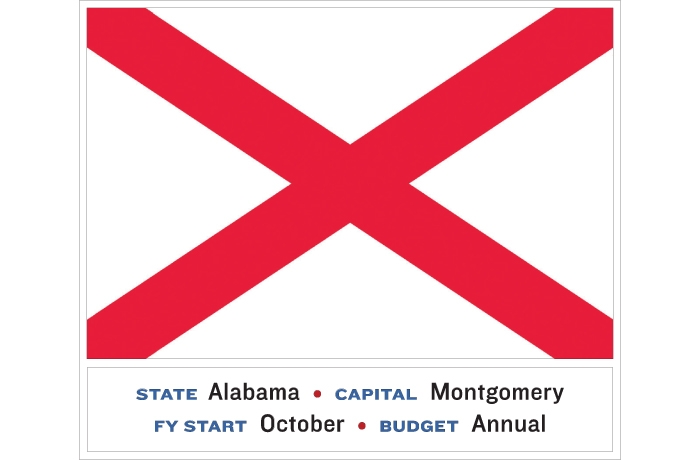