West Virginia’s budgetary grades demonstrate how states can remediate poor practices. By reducing its use of one-time measures to achieve balance during the recovery from the Great Recession, West Virginia registered a B average in budget maneuvers for fiscal 2015 through 2019. The improvement reflected its curtailment of using debt to fund recurring expenditures in 2017.

The state also enhanced its performance in legacy costs—it averaged a B in the category—by coming close to funding other postemployment benefits (OPEB) for public employees, primarily health care, on an actuarially recommended basis. The state has a history of pension underfunding, particularly in the Teachers’ Retirement System. But it made actuarially determined contributions to its pension plans every year in the study period. This, in turn, led to an increase in its overall pension funding ratio, which rose from 72 percent in 2016 to 84 percent in 2019, 13 points above the total for all states.

West Virginia garnered B averages in the remaining three categories. In transparency, its grade suffered only from a failure to disclose deferred infrastructure maintenance costs in budget documents, an element also absent in forty-four other states. It missed an A in reserve funds because it lacks policies that connect funding of the Revenue Shortfall Reserve Fund with revenue volatility, a shortcoming it shares with twenty-nine other states. In budget forecasting, West Virginia fails to use consensus revenue forecasts, unlike twenty-nine states that have adopted the method. 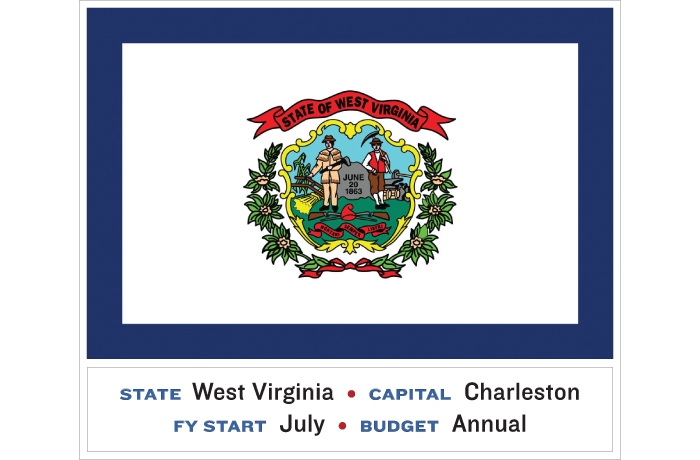