Rhode Island’s lowest average grade for fiscal 2015 through 2019 was its C in budget maneuvers. In 2015–18, the state used one-time revenues to sustain budgetary balance, including transferring money to the general fund from agencies such as the Health and Educational Building Corporation, which issues tax-exempt school bonds, and Narragansett Bay Commission, a regional wastewater treatment agency. In 2018, Rhode Island also ran a 75-day tax amnesty program, which brought in $22 million to support operating expenditures. The state’s use of one-time resources declined in 2019, with transfers to the general fund of less than $5 million, against $29 million in 2018.

Rhode Island’s highest grade was its top A average in budget forecasting. Since 1990, revenue projections formulated by the state’s Revenue Estimating Conference have guided the formulation of its budget. The conference, made up of the state budget officer and the house and senate fiscal advisers, meets every May and November. The state budget includes five-year forecasts of revenues and expenditures.

Rhode Island averaged a B in legacy costs. It provides annual funding for its public worker pensions and other postemployment benefits (OPEB), primarily health care, in line with actuarial recommendations. But its pension funding ratio was 56 percent in 2019, 15 percentage points below the total for all states.

The state also averaged a B in reserve funds and transparency. Rhode Island has solid policies for disbursing and replenishing its budget reserve and cash stabilization account, which held $204 million in 2019, or 5.2 percent of general fund expenditures. It is one of thirty states that do not link funding of reserves to historical revenue volatility. 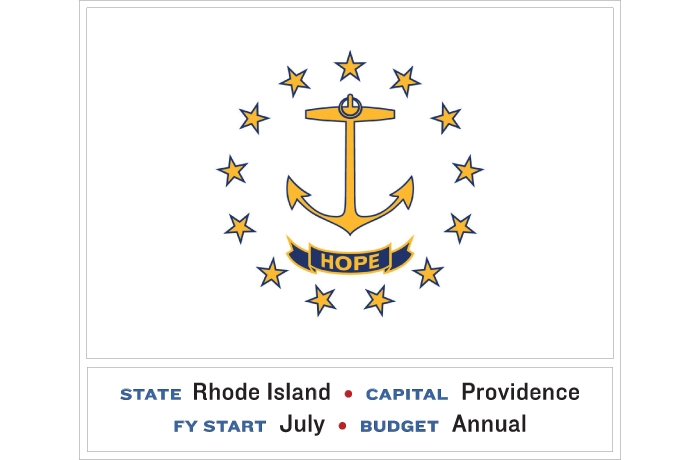