Missouri is a study in contrasts. Though it got the lowest possible average grade of D-minus in budget forecasting for fiscal 2015 through 2019, it also earned a top A average in budget maneuvers by avoiding the use of one-time measures to achieve balance. It is the only state to have such an extreme gap in grades in these two categories.

Only two other states—Alabama and North Dakota—did as poorly as Missouri in budget forecasting. While it produced revenue forecasts via the consensus method in 2016 and 2019, it failed to do so in the other years studied. In 2017 and 2018, for example, the governor and legislature declined to accept figures produced by executive and legislative branch experts and University of Missouri representatives. The state also consistently failed to issue long-term revenue and expenditure estimates, with projections covering only one fiscal year beyond the budget period.

The state scored a B average in reserve funds, missing an A because its rainy day fund policies failed to consider the volatility of the state’s revenues, a practice that was in place in twenty states in 2019. Missouri added small amounts to its Budget Reserve Fund each year. It held $651 million in 2019, equivalent to 6.8 percent of general fund expenditures.

Missouri averaged a C in legacy costs, a category including public worker pensions and other postemployment benefits (OPEB), primarily health care. The mark reflected a failure to fund OPEB in line with actuarially determined contributions. The state has steadily provided annual contributions for pensions in line with actuaries’ determinations, however, and its pension funding ratio was 78 percent in 2019, 7 percentage points above the total for all states. 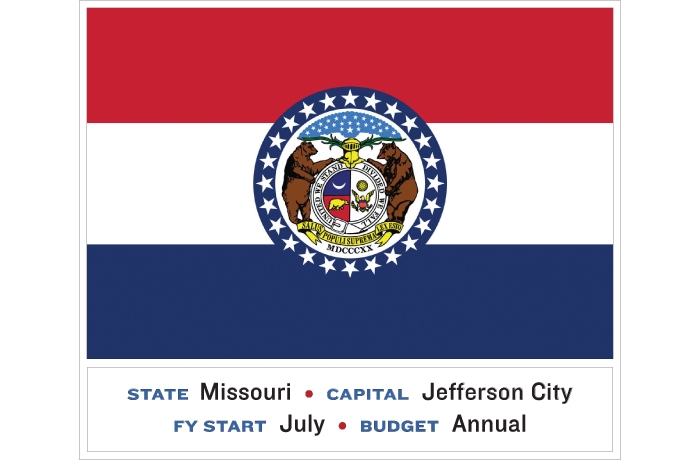