Utah is a model of budgetary consistency and improvement. It was one of five states that received top A average grades in three of the five budget categories evaluated in fiscal 2015 through 2019. The others were California, Hawaii, Idaho, and Tennessee.

Utah’s A in budget maneuvers reflected a lack of one-time measures to cover recurring expenditures. The state also received an A in reserve funds, where its policies align with the best practices cited in the Volcker Alliance 2019 working paper Rainy Day Fund Strategies: A Call to Action.

It was also one of only seven states averaging an A in legacy costs. In Utah’s case, the mark reflects a 2010 reform that gave newly hired public workers a choice of a defined-contribution 401(k) retirement plan or a less generous traditional defined-benefit pension. After the move, Utah continued to make actuarially determined contributions to the pension and had a 92 percent funded ratio in 2019, 21 percentage points above the total for all states. It also funds other postemployment benefits (OPEB), mainly health care, along actuarial lines.

The state’s B average in forecasting reflected a 2018 statute ordering the Legislative Fiscal Office to make long-term projections of expenditures and revenues from major tax sources under different economic scenarios.

Utah’s weakest showing was its C in transparency. Although the state generally provided complete budget and debt information, it lacked comprehensive reports on tax expenditures. Like forty-four other states, it also failed to report information on deferred infrastructure maintenance costs in budgets or related documents. 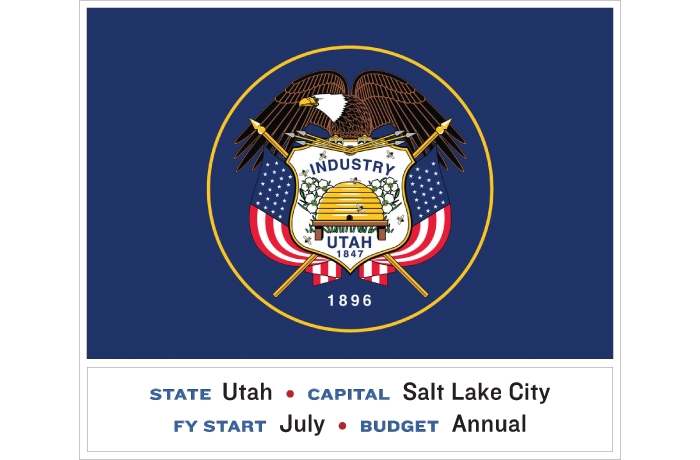