Tennessee was one of only five states winning top A average grades in three of five budgetary categories evaluated for fiscal 2015 through 2019. California, Hawaii, Idaho, and Utah also boasted three As apiece.

Tennessee won an A in transparency in part because of its reporting on deferred infrastructure maintenance. It is only one of five states to do such reporting. Though this information is not included in the budget, the Tennessee Advisory Commission on Intergovernmental Relations, a state agency created in 1978, is required by statute to assemble an inventory of needed public infrastructure. It issues reports that include the estimated cost of the deferred infrastructure liability over a five-year period. In 2020, the commission estimated that the state would need at least $58.6 billion of public infrastructure improvements in the five years ending in June 2023.

The state also earned As in budget maneuvers and reserve funds. It was one of eight states that eschewed moving revenues from future years to the current budget, deferring spending to achieve budgetary balance, or using borrowed money or the sale of assets to support operating expenditures. Tennessee won a top grade in reserve funds for having policies that govern withdrawals and replenishment for its revenue fluctuations account. The state also considers revenue volatility in setting reserve funding goals.

The state’s C average in budget forecasting stems from its failure to provide multiyear expenditure or revenue forecasts. In both areas, Tennessee makes projections for only two years. Its B in legacy costs reflected actuarially recommended funding of public worker pensions but not of other postemployment benefits (OPEB), primarily health care. The state’s pension was 94 percent funded in 2019, 23 percentage points above the total for all states. 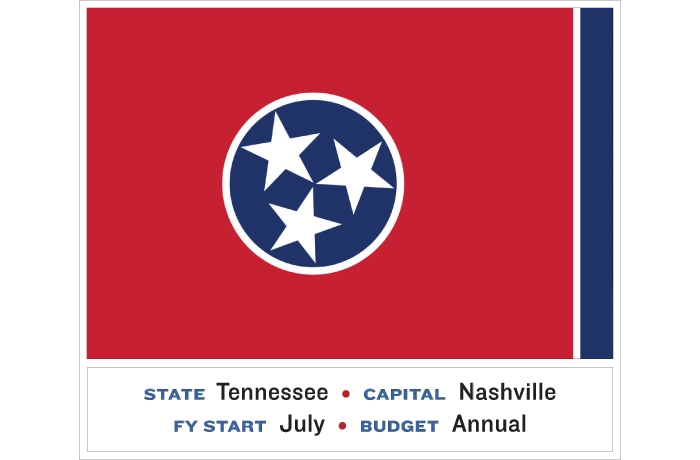