South Dakota was one of only four states with no average budgetary grade below B for fiscal 2015 through 2019. It earned As in two categories: legacy costs and budget maneuvers.

It was one of seven states receiving the top grade in legacy costs and, alongside Wisconsin, one of only two with a fully funded pension system in 2019. Unlike most states, South Dakota does not need to put aside money to fund other postemployment benefits (OPEB), primarily health care, as it stopped subsidizing them in 2015.

Its budget maneuvers grade reflected the state’s avoidance of one-time actions to achieve balance. The accomplishment was aided by South Dakota’s frugal spending habits and stable tax base, which relies heavily on a sales levy that covers more services than most states.

South Dakota’s biggest improvement came in budget forecasting. In 2015, the legislature unanimously passed a bill designed to “strengthen the financial practices of the state.” The measure requires annual publication of a long-term financial plan, including three years of revenue and expenditure projections. Despite the change in long-term estimation procedures, the state’s continued lack of consensus revenue forecasts held its category average to a B.

Its B average in reserve funds reflects policies for disbursement and replenishment of the Budget Reserve and General Revenue Replacement funds. Combined, they had a 2019 balance of $170 million, equivalent to 10.4 percent of general fund expenditures. 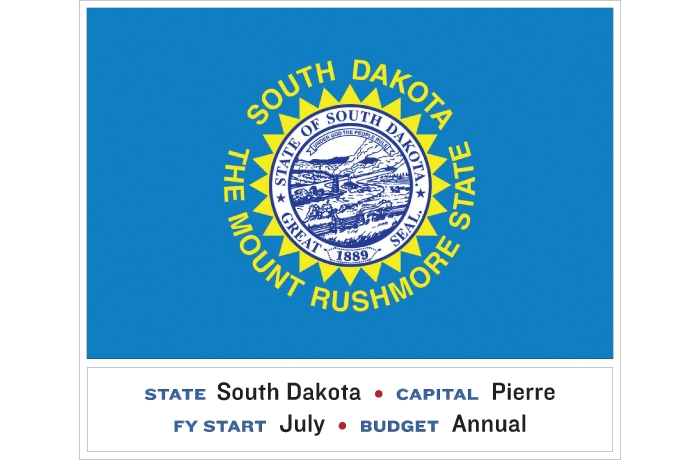