South Carolina’s grades for fiscal 2016 through 2018 illustrate how chronic underfunding of public employee retirement costs can overshadow the achievements of an otherwise solid budgetary process.

The state earned an A average in budget forecasting. Its consensus revenue estimates are developed by the Board of Economic Advisors, which consists of voting members appointed by the governor and by each legislative house, as well as the director of the revenue department, who serves in a nonvoting capacity. The state also provides a clear rationale for forecasts. The board releases a Three-Year General Fund Financial Outlook, which describes the assumptions used in revenue forecasts.

In contrast, South Carolina received a D average, the second-lowest grade possible, in legacy costs, a category in which it has historically not made required contributions to other public workers’ postemployment benefits (OPEB), such as health care. Since at least fiscal 2010, the state has not made more than 76 percent of the actuarially determined contribution (ADC) to its main OPEB vehicle, the South Carolina Retiree Health Insurance Trust Fund.

According to a 2015 report by the South Carolina Legislative Audit Council, public state pensions had been “significantly underfunded” for more than a decade and were likely to remain underfunded for at least the next thirty years. In fact, although South Carolina made its full ADC to pension plans in 2016 through 2018, its pension funded ratio was only 54.3 percent as of 2017, about 14 percentage points below the total for all states. 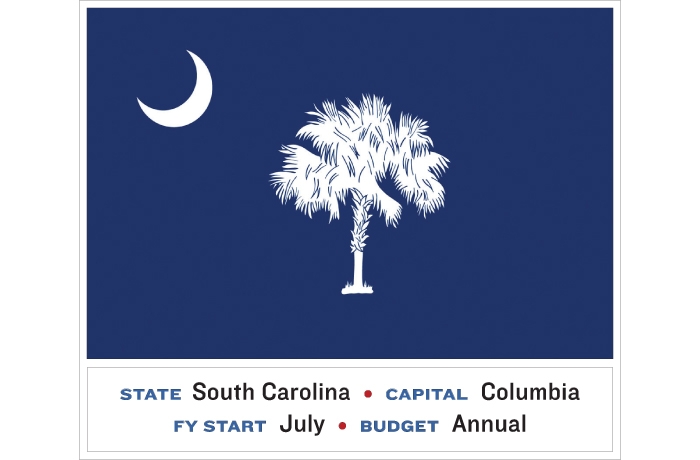