Oklahoma was one of only four states earning only A or B average budgetary grades for fiscal 2015 through 2019. The best marks were its top A averages in the legacy costs and reserve funds categories. The state’s annual contributions for public employee pensions and other postemployment benefits (OPEB), primarily health care, were in line with actuarially determined amounts. Its pension funding ratio was 81 percent in 2019, 10 percentage points above the total for all states. Oklahoma was one of only seven states that received an A average in the category.

Similarly, Oklahoma was among seventeen states that posted an A average in reserve funds. Policies for Constitutional Reserve Fund disbursement and replenishment adhere closely to best practices cited in the 2019 Volcker Alliance working paper Rainy Day Fund Strategies: A Call to Action. Like nineteen other states, Oklahoma considers revenue volatility in its reserve policies.

The state’s B average in budget maneuvers reflects efforts to shun most one-time measures to achieve balance and keep recurring revenues in line with recurring expenditures. Though Oklahoma had largely avoided maneuvers before 2019, it had moved special and reserve dollars to the general fund. After revenues were increased by higher severance taxes levied in the 2018 legislative session, however, the state had no need for such measures in fiscal 2019.

Oklahoma’s grade in transparency—a B average—was held down by an absence of disclosures of deferred infrastructure maintenance costs. Its B average in budget forecasting was based on revenue and expenditure projections that span three years and its 2016 decision to begin using the consensus method of revenue forecasting. It missed getting an A because of a lack of budget document detail supporting revenue growth projections. 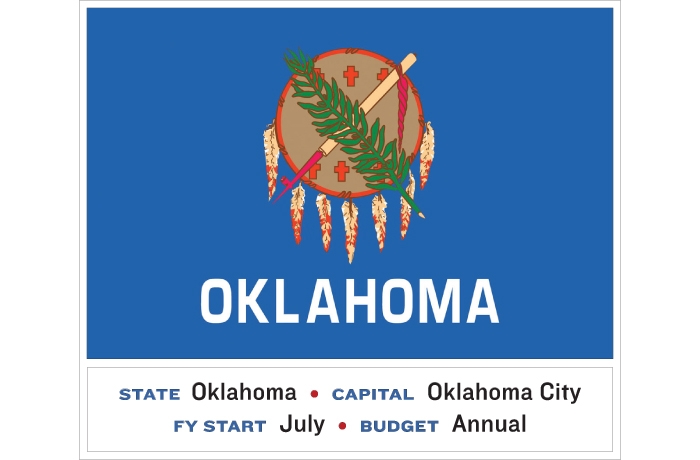