North Carolina had a $31.6 billion liability for other postemployment benefits (OPEB), primarily health care, as of June 30, 2019. That was $7.9 billion more than the state’s general fund expenditures for fiscal 2019. In that year, the state paid in about a third of the actuarially determined contribution for OPEB. The shortfall was responsible for a C average in legacy costs for fiscal 2015 through 2019 and offset a better performance with its public worker pension, which was funded consistently in line with actuarial determinations. The 2019 pension funding ratio was 88 percent, 17 percentage points above the total for all states.

The state’s highest grade was a top A average in budget forecasting. North Carolina uses a consensus estimating process, a collaboration between the Office of State Budget and Management and the legislature’s Fiscal Research Division. The state produces multiyear revenue and expenditure projections with the governor’s recommended budget, including a fiscal analysis that considers the upcoming five years.

An improvement in reserve funds practices during the study period helped North Carolina earn a B average in the category. Policy changes in 2018 tied deposits into the Savings Reserve to historical revenue volatility and provided guidance for withdrawals. North Carolina generally avoided budget maneuvers—one-time actions to achieve balance—which resulted in a B average grade. 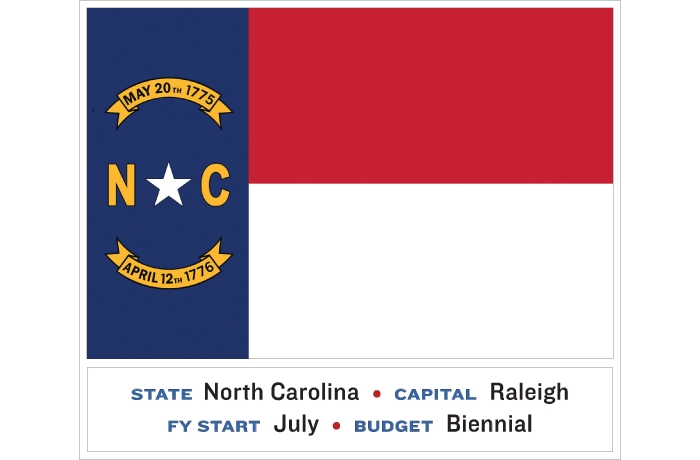