The budget maneuvers category tracks one-time actions a state may use to pay for recurring expenditures. In 2017 and 2018, New Mexico made many such moves to keep its budget in balance. These included using debt for operating costs and sweeping special fund money into the general fund. In 2017, for example, the state used about $82 million in nonrecurring revenues to bolster the budget, including transferring of cash balances from special funds and replacing cash allocated to capital spending with proceeds from severance tax bonds. New Mexico took similar actions involving severance tax bond proceeds and other transfers in fiscal 2018, increasing general fund assets by about $90 million in nonrecurring funds.

The state also averaged a D in legacy costs. Although it made its actuarially determined contributions for public worker pensions in all three years studied, New Mexico faces a large liability for other postemployment benefits (OPEB), chiefly health care. In recent years, the state has contributed about half of what actuaries determine is needed to achieve full OPEB funding.

New Mexico posted a B average in reserve funds. While policies are in place that govern the state’s deposits into its general operating and tax stabilization reserves, reserve funds are not tied to revenue volatility—a critical flaw for a state that depends on revenue from oil and other natural resources. 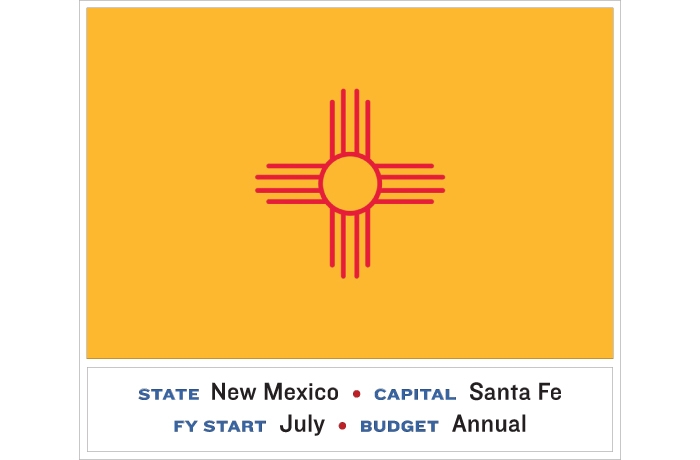