Tourism is Nevada’s lifeblood, with 18 percent of general fund revenues generated by gaming and 29 percent from sales taxes. With no guarantee that gamblers will flock to the state every year, Nevada would benefit from a policy that accounts for revenue volatility in the funding of its rainy day fund, the Account to Stabilize the Operation of the State Government. But it doesn’t have such a policy, and the lack of attention to volatility in managing the rainy day fund limited the state’s average reserve funds grade to B for fiscal 2015 through 2019. Even so, Nevada steadily increased funding of the reserve. It was empty in 2015–2016 but rebuilt to $304 million by 2019, equivalent to 6.9 percent of general fund expenditures.

The state averaged a B in budget maneuvers, generally shunning one-time actions to achieve balance save for transfers of money from special funds to the general fund.

Nevada averaged a C in budget forecasting because it provides a revenue and expenditure outlook that covers only the years of the biennial budget. In legacy costs, the state improved public worker pension funding practices during the study period, making actuarially determined contributions in 2016–19. That was not the case with other postemployment benefits (OPEB), primarily health care, which were not funded along actuarial lines for the entire study period. As a result, Nevada’s average grade in the category was held to a C. The pension funding ratio was 76 percent in 2019, 5 percentage points above the total for all states. 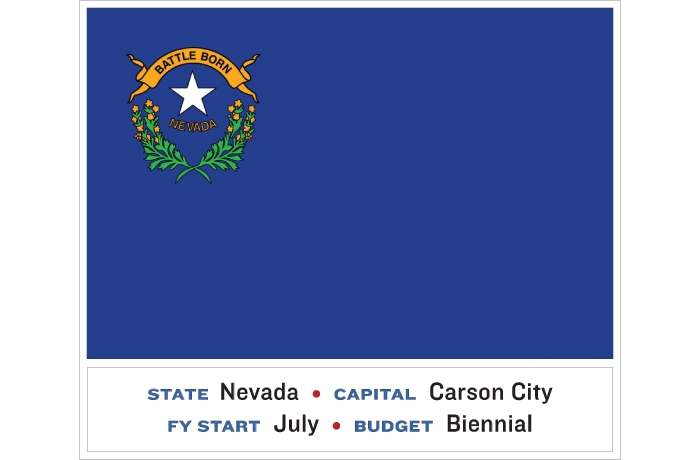