With no state general obligation or revenue debt outstanding, Nebraska has taken a cautious approach to its public purse that has won it mostly high average budgetary grades for fiscal 2015 through 2019.

In legacy costs, Nebraska’s 93 percent pension funding level as of 2019 and its consistent use of actuarially determined contributions helped the state earn a top A average for the period. Nebraska was one of only eight states with a pension funding level over 90 percent. To ensure adequate contributions, Nebraska rules require that any annual appropriation less than the actuarial recommendation be made up the following year. The state’s minimal retiree health coverage has left it with zero unfunded other postemployment benefit (OPEB) liabilities. While it allows retirees under the age of 65 to remain in the state health plan, it does not offer health benefits to retirees over that age.

The state also averaged an A in budget maneuvers because of its general avoidance of one-time actions to achieve balance. It did, however, move about $50 million from special funds, including the Department of Insurance Cash Fund, into the general fund in 2018 and 2019. Along with cuts in appropriations, the cash shifts were made in the face of unexpectedly low revenue growth rates.

Nebraska’s lowest grade was a C average in reserve funds. While state policy keeps its reserve replenished by requiring that revenues exceeding a certified estimate be deposited in the Cash Reserve Fund Nebraska lacks similar formal policies for disbursing reserve dollars. It did dip into the account in 2018 and 2019 to close revenue shortfalls. 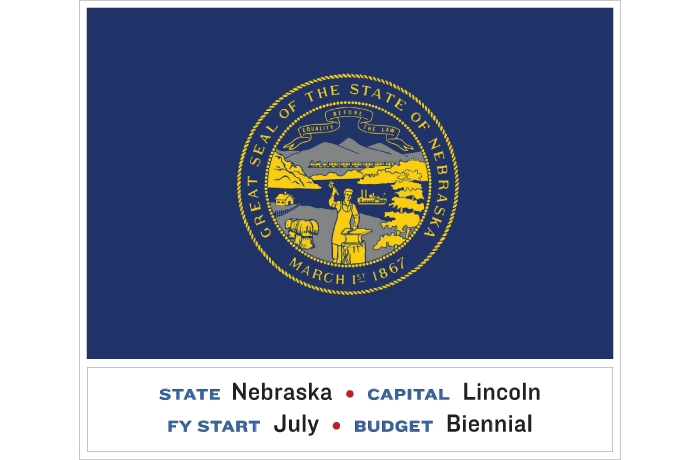