Mississippi’s most prominent budgetary weakness is its lack of multiyear forecasting. Instead, the state estimates revenues and expenditures only for the upcoming budget year. The shortcoming left Mississippi with a C average in budget forecasting for fiscal 2015 through 2019. In contrast, it won a top A average in budget maneuvers because it shunned most one-time measures to achieve balance. It engaged in such measures only in 2016 and 2017, when it withdrew $69.9 million and $82.3 million, respectively, from its rainy day fund to support general fund spending.

Known as the Working Cash-Stabilization Reserve Fund, the rainy day account held $350 million in 2019—up from $295 million the year before. Mississippi has clear policies for fund withdrawals and replenishments but does not take revenue volatility into account when determining balances. That held Mississippi to a B average in reserve funds.

The state also received B averages in transparency and legacy costs. In the transparency category, Mississippi produces an annual report on tax expenditures, provides comprehensive budget information through a consolidated website, and, like other states, publishes tables that show outstanding debt. It missed an A mark because it does not report deferred infrastructure maintenance costs in its budget documents, a shortcoming shared with forty-four other states. While Mississippi’s pension funding ratio was 62 percent in 2019, 9 percentage points below the total for all states, the state has consistently provided actuarial determined contributions to pensions and other postemployment benefits (OPEB), primarily health care. 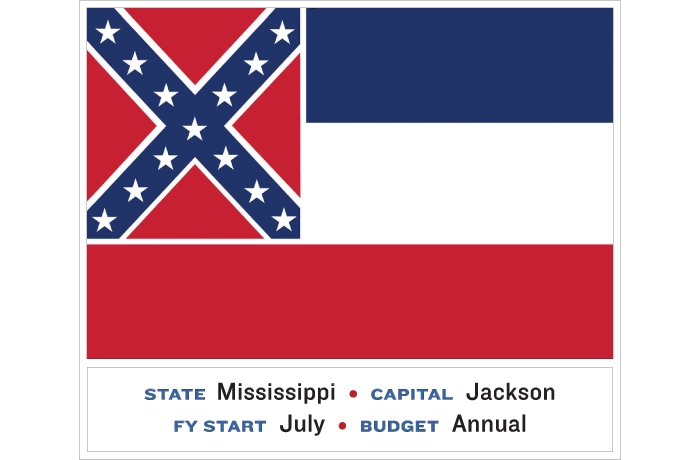