Minnesota received an A average in reserve funds for fiscal 2016 through 2018. The state not only ties its reserves to revenue volatility but also has well-established policies for disbursing and replenishing rainy day assets. In fact, its statute governing rainy day fund disbursements is more detailed and farsighted than that of many other states. Use of the reserve “should be governed by principles based on the full economic cycle rather than the budget cycle,” according to Minnesota law. “The budget reserve may be used when a negative budgetary balance is projected and when objective measures, such as reduced growth in total wages, retail sales, or employment, reflect downturns in the state’s economy.”

Minnesota also earned an A average in budget maneuvers by avoiding one-time actions to achieve budgetary balance. The top marks contrast with its D average in legacy costs. The state did not fully fund public worker pensions in accordance with actuarial recommendations, and the governor vetoed a 2017 measure increasing pension contributions and lowering cost-of-living raises for retirees. (Similar legislation was signed into law in May 2018, after the research cutoff for this report card. The act should put the pension system on a more sustainable path.) In 2017, Minnesota’s pension funded ratio was 63.3 percent, five percentage points below the US state total. 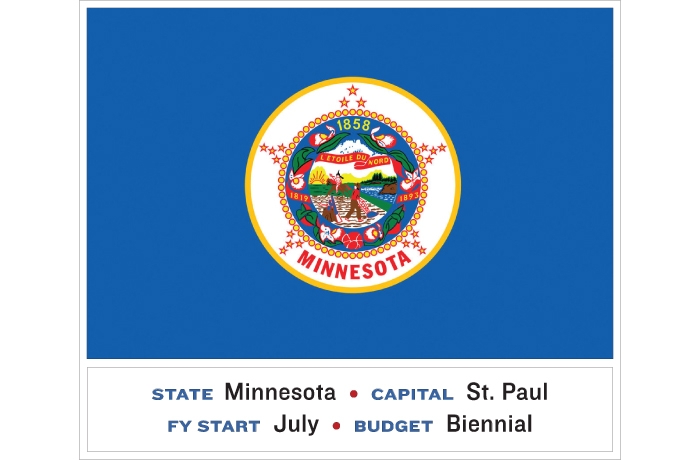