Michigan’s improving finances from fiscal 2015 through 2019 were reflected in a decline in the use of budget maneuvers, or one-time actions, to achieve balance. By 2018–19, the state had ceased practices such as shifting money into the general fund from the unemployment fund, as it had done in 2017. Michigan averaged a B in the category over the five years.

The state earned its highest grade—a top A average—in reserve funds. Its policies for disbursement from and replenishment of the Counter Cyclical Budget and Economic Stabilization Fund are spelled out in statute. Michigan is also among twenty states that incorporate revenue volatility in reserve fund policies. The state bases deposits into the fund on fluctuations in personal income, a broad measure of economic well-being that captures total earnings from wages, investment interest, and other sources. Using this measure allowed Michigan to build up its rainy day fund from $498 million in fiscal 2015 to $1.1 billion in fiscal 2019. The sum was equivalent to 11 percent of general fund expenditures.

The state’s C in legacy funds reflects contributions for public worker pensions and other postemployment benefits (OPEB), primarily health care, which each fell below actuarially recommended sums in one of the five years studied. At 61 percent in 2019, the pension funding ratio was 10 percentage points below the total for all states.

In budget forecasting, Michigan earned an average of B. Its only shortcoming was its failure to forecast expenditures for more than one year. 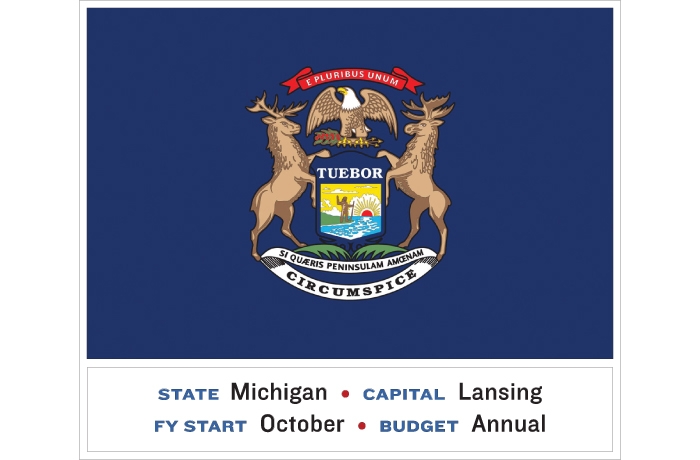