Idaho is a model of budgetary conservatism. It was one of only two states—along with neighboring Utah—to win top A averages for fiscal 2015 through 2019 in budget maneuvers, legacy costs, and reserve funds.

The budget maneuvers grade reflects Idaho’s avoidance of one-time revenue or expenditure tactics to achieve balance. In reserve funds, the state has clear rules for tapping its budget reserve account, and the replenishment policy includes revenue volatility in calculating deposits. Idaho automatically places up to 1 percent of general fund collections into its rainy day fund whenever revenues rise by over 4 percent from the prior year. Its reserve fund was $378 million in 2019, equivalent to 11 percent of general fund expenditures, up from 8.3 percent in 2015.

Idaho’s legacy costs mark stemmed from its paying actuarially recommended annual contributions for public worker pension plans, which in 2019 had a 95 percent funded ratio, 24 percentage points above the total for all states. Since the state has minimal obligations for other postemployment benefits (OPEB), primarily health care, it is a reasonable budgeting practice for Idaho to pay benefits out of operating revenues rather than build reserves.

The one exception to Idaho’s outstanding performance is budget forecasting, in which the state posted a D average. Idaho eschews a consensus revenue forecasting process and relies instead on projections from the Department of Finance, with no legislative involvement. The state also confines its outlook for revenues and expenditures to the upcoming fiscal year. 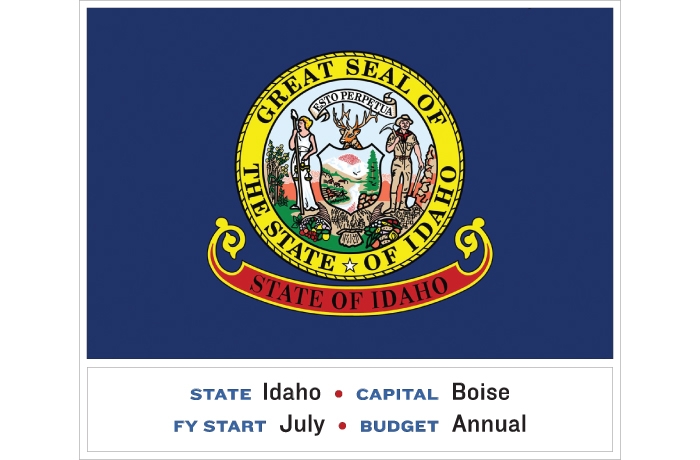