Hawaii won top A average grades for fiscal 2015 through 2019 in three categories: budget forecasting, budget maneuvers, and reserve funds. It joined California, Idaho, Tennessee, and Utah as the only states to collect three A averages.

Hawaii was one of seventeen states to earn an A average in budget maneuvers by avoiding one-time revenue and expenditure tactics to achieve balance. The state also received an A in budget forecasting. Consensus revenue estimates are produced by a panel whose members are chosen by the governor and legislative leaders. Revenue and expenditure projections cover six years.

In legacy costs, Hawaii received the lowest grade possible, a D-minus. That reflects pension contributions for public workers that trailed actuarial requirements, as well as a 55 percent funding level as of 2019. The state accelerated contributions for other postemployment benefits (OPEB), primarily health care, to 100 percent of actuaries’ recommendations in 2019 under a law passed six years earlier. Its B average in transparency reflected the inception of reports on deferred infrastructure maintenance costs in 2017 and on tax expenditures in 2018. While tax expenditure reports are common, only four other states—Alaska, California, Illinois, and Tennessee—publish similar infrastructure data. 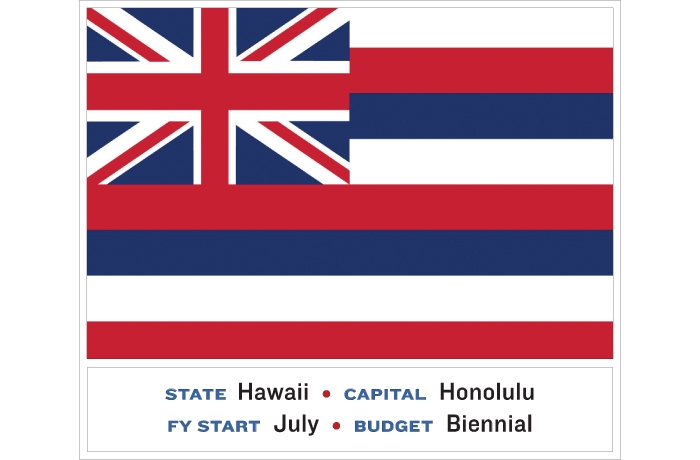