Georgia received average grades of B or higher for fiscal 2015 through 2019 in four of the five categories covered. The one exception was its C in budget forecasting. Unlike twenty-nine states that use the consensus method of revenue forecasting, Georgia’s estimates are produced by the state fiscal economist, who is appointed by the governor. Budgets built on the economist’s estimates offer no information about how they were calculated.

The best showing in Georgia’s report card was its top A average in budget maneuvers. With a healthy economy and diversified tax structure, the state avoided common actions to achieve balance, such as shifting money from special funds into the general fund, deferring expenditures, or using other one-time revenues for recurring expenditures.

The state averaged a B in legacy costs, including funding of public worker pensions and other postemployment benefits (OPEB), primarily health care. It provided annual pension contributions in line with actuarial recommendations in all years studied but applied the same standard to OPEB only in 2017–19. Its pension was 79 percent funded in 2019, 8 percentage points above the total for all states.

Georgia, which has withdrawal and replenishment policies for its Revenue Shortfall Reserve, averaged a B in the reserve funds category. Any general fund surplus at the end of the fiscal year must be added to the reserve, which held $2.8 billion, or 11 percent of expenditures, in 2019. Georgia does not consider historical revenue volatility in reserve fund policies. 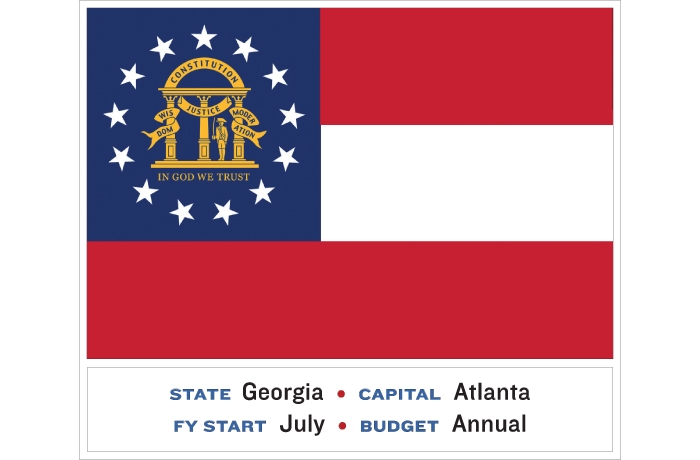