Arkansas stands apart from most states in its poor grades for budget transparency in fiscal 2015 through 2019. Its category average of D, the second-lowest mark, reflects its position as the only state that fails to present budgetary material on a consolidated website. The shortcoming deprives legislators, residents, and other interested parties of the clear display of budgetary information needed to guide decision-making. The transparency grade was tempered slightly by Arkansas’s effort to report on tax expenditures beginning in 2018, when it first provided information about business incentives and credits. The next year, a new state law required biennial reporting of the costs of any income or sales and use tax exemptions, discounts, credits, and deductions.

Another category in which Arkansas is nearly alone is reserve funds, because it lacks policies for replenishing its rainy day account after drawdowns. Only Kansas has the same shortcoming. This deficiency limited Arkansas’s average grade for reserve funds to a C. It is also one of only six states to have had less than $200 million in its rainy day account in 2019, and the Long Term Reserve Fund was empty in 2015 and 2016.

Like twenty-six other states, Arkansas failed to make actuarially determined annual contributions for other postemployment benefits (OPEB), mostly health care. As a result, although its public worker pensions were funded at 80 percent in 2019, 9 percentage points above the total for all states, Arkansas averaged a C in legacy costs.

The state’s sole top A average was in budget maneuvers. While it shifted rainy day fund assets into its highway fund in 2019—a one-time action designed to help the account get federal matching dollars—the maneuver was not large enough to diminish its average. 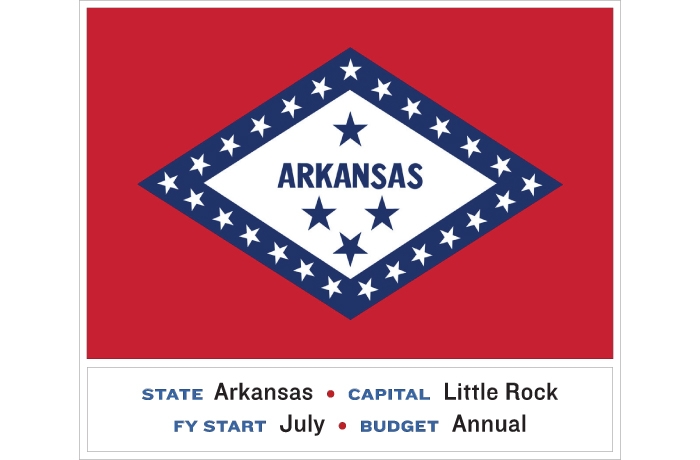