Arizona’s C average in budget maneuvers for fiscal 2015 through 2019 shows that the state has failed to wean itself from practices that push recurring expenditures into the future to achieve balance. The state began rolling over payments to school districts about a dozen years ago and did not cease doing so in the study period, which contributed to its C average in budget maneuvers. The maneuver shifted about $931 million of scheduled spending from fiscal 2018 into fiscal 2019 and deferred the same amount again from 2019 to 2020. Another frequently used maneuver: shifting revenues from special funds to the general fund to maintain balance. In 2019, Arizona made $204 million of such transfers.

The state also posted a C average in legacy costs, which includes funding of public worker pensions and other postemployment benefits (OPEB), primarily health care. Over the five years studied, Arizona made an actuarially determined OPEB contribution only once, in 2015. Its 2019 pension funding ratio was 64 percent, 7 points below the total for all states.

In contrast, solid reserve fund policies earned Arizona its sole top A average. It is one of twenty states to consider revenue volatility in the policies that guide its Budget Stabilization Fund. Arizona’s two B averages were in budget forecasting and transparency. In the former, it failed to use the consensus method of revenue forecasting:  Although the state’s Joint Legislative Budget Committee produces revenue projections, the governor and legislature are not required to accept them. 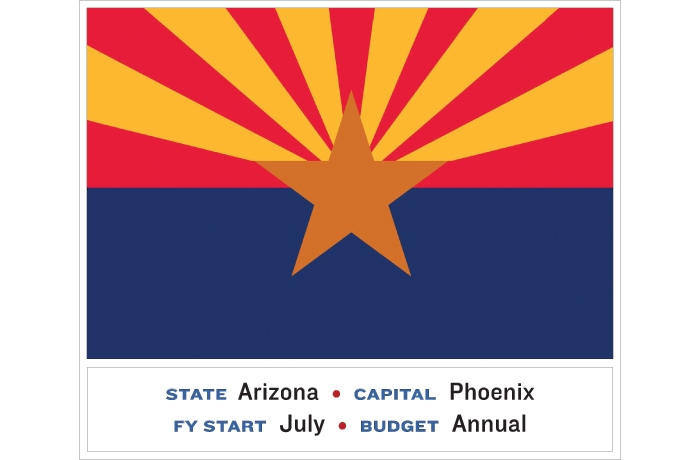