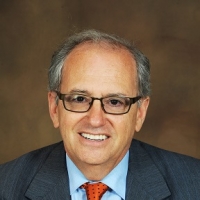 Norman Ornstein is a resident scholar at the American Enterprise Institute and a columnist and contributing editor for The Atlantic. He is also Chairman of the Campaign Legal Center. For thirty years he was an election eve analyst for CBS News; since 2012, he has been a principal on-air election eve analyst for BBC News. He is also a consultant for the Emmy-award winning HBO series VEEP. He helped create the Continuity of Government Commission, where he served as senior counselor.

Reflections on American Democracy: A Discussion with Frank Fukuyama and Norman Ornstein
Event Coverage
Tuesday, January 19, 2021
New Volcker Alliance Book Tackles How Government Can Meet the Challenges of the Century Ahead
Press Releases
Friday, May 1, 2020
Public Service and Good Governance for the Twenty-First Century
News
Friday, May 1, 2020

Lessons from a bureaucrat: How Paul Volcker set an example for America today
The Hill
Monday, May 11, 2020