The Volcker Alliance and Penn Institute for Urban Research hosted an online Special Briefing on the long-term outlook of the impact of working from home. Even as the US has recovered from the worst days of the COVID-19 pandemic, many cities have continued to see substantial weakness in commercial office space utilization. The expert panel discussed research findings that reflect the slow return of employees to offices, which cities’ tax revenues may be most vulnerable, and what solutions are being deployed to adapt to the new workplace reality.

Moderated by William Glasgall, Volcker Alliance senior director, public finance, this briefing was the thirty-third in a series of sixty-minute online conversations featuring experts from the Volcker Alliance's national research network and Penn IUR, along with other leading academics, economists, and federal, state, and local leaders.

The COVID-19 pandemic spurred a six-fold increase in the percentage of US employees working from home, undercutting the value of commercial real estate and posing a challenge to city and state budgets, according to speakers at a special briefing hosted by the Volcker Alliance and the Penn Institute for Urban Research.

“It’s here and it’s here to stay,” Nicholas Bloom, professor of economics at Stanford University, said of the work-from home phenomenon. The portion of employees working full-paid days from home has increased to about 30 percent from 5 percent before the pandemic. For US cities “the main area of concern is over public finances” as fewer people will be living and working within cities, reducing tax receipts, Bloom said. “The biggest worry for me is over public transport,” he added. “Usage may be down 20-40 percent.”

Organized by William Glasgall, Volcker Alliance senior director, public finance and Penn IUR Fellow, and Susan Wachter, co-director of Penn IUR, the briefing was the thirty-third in a series of sixty-minute online conversations featuring experts from the Volcker Alliance's national research network and Penn IUR, along with other leading academics, economists, and federal, state, and local leaders.

In addition to Bloom, panelists included Stijn Van Nieuwerburgh, a professor at Columbia University’s Graduate School of Business; Andrew Rein, president of the Citizens Budget Commission in New York; and Lauren Weber, who writes about workplace issues and employment in the Wall Street Journal's corporate bureau in New York. Glasgall moderated the discussion.

Panelists cited data from Kastle Systems that showed occupancy of office space averages 44 percent in the ten biggest US cities, ranging from 38 percent in Philadelphia to 58 percent in Austin, Texas. Much of the discussion centered on New York City, the nation’s biggest office market, where occupancy averaged 41 percent in the week ended July 18 .

Based on an analysis of broker-sourced leasing data, Van Nieuwerburgh said, New York office valuation dropped by 33 percent in 2020 and may still be down 28 percent by 2029. That has implications for real estate investment portfolios and for the debt held by investors and banks. “It’s not enough to trigger a financial crisis, but it’s worrisome nevertheless,” he said.

New York City gets 53 percent of its revenue from real estate, and, of that, 22 percent comes from office property taxes, Van Nieuwerburgh said. “Plugging that hole will require tax increases or spending cuts, neither of which are good for the business climate,” he said. He said that the city can avoid “a 1970s-style doom loop” through steps like making it easier for office owners to convert their properties to residential use.

Rein said the New York office market has shown resiliency through past crises and that class A office space is performing relatively well. Lower-quality properties may not be so fortunate. “The real issue is there’s going to be a bigger hit on Class B and C office space,” which accounts for $2.5 billion in revenue for the city, Rein said. “There’s a lot more of that space than probably is necessary.”

Weber said emptier subways and busses have created an “unvirtuous circle” for the Metropolitan Transportation Authority, the state agency that runs New York City’s subway and bus systems. Though crime is down, recent shooting incidents and emptier subway cars have made subway passengers feel less safe, she said, complicating efforts by the debt-burdened authority to increase ridership from 55 percent of pre-pandemic levels.

The work-from-home phenomenon has had a spillover effect on retailers in central business districts, reducing demand for lunch trucks and other businesses that relied on office workers for sales. However, Rein said he remains optimistic about the entrepreneurial spirit in New York. He cited a report from city Comptroller Brad Lander’s office that while there had been a 5,100-business decline in retail entities in Manhattan, the number has increased by 1,300 in the largely residential borough of Brooklyn. 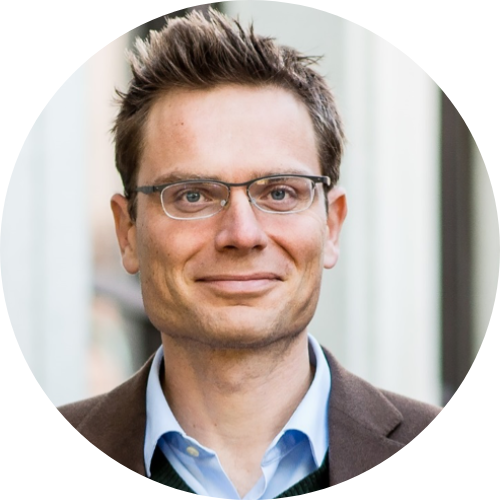 Nicholas (Nick) Bloom is the William Eberle Professor of Economics at Stanford University, a Senior Fellow of SIEPR, co-founder of WFH Research, and Co-Director of the Productivity, Innovation, and Entrepreneurship program at the National Bureau of Economic Research. He has a BA from Cambridge, an MPhil from Oxford, and a PhD from University College London. His research focuses on management practices and uncertainty. 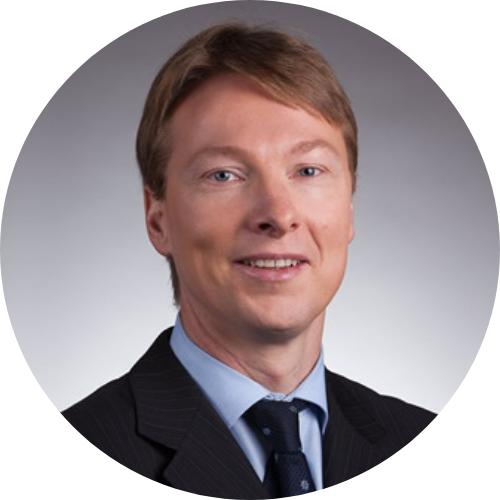 Stijn Van Nieuwerburgh is the Earle W. Kazis and Benjamin Schore Professor of Real Estate and Professor of Finance at Columbia University’s Graduate School of Business, which he joined in July 2018.

His research lies in the intersection of housing, asset pricing, and macroeconomics. One strand of his work studies how financial market liberalization in the mortgage market relaxed households' down payment constraints, and how that affected the macro-economy, and the prices of stocks and bonds. In this area he has also worked on regional housing prices, households’ mortgage choice, commercial real estate price formation, the impact of foreign buyers on the housing market, and mortgage market design.

Professor Van Nieuwerburgh has published articles in the Journal of Political Economy, American Economic Review, Econometrica, Review of Economic Studies, Journal of Finance, Review of Financial Studies, Journal of Financial Economics, and the Journal of Monetary Economics, among other journals. He is Editor at the Review of Financial Studies. He is a Faculty Research Associate at the National Bureau of Economic Research and at the Center for European Policy Research. He has served as an advisor to the Norwegian Minister of Finance, and has been a visiting scholar at to the Central Bank of Belgium, the New York and Minneapolis Federal Reserve Banks, the Swedish House of Finance, and the International Center for Housing Risk, and has contributed to the World Economic Forum project on real estate price dynamics.

Professor Van Nieuwerburgh was awarded the 15th Edition of the Bérnácer Prize for his research on the transmission of shocks in the housing market on the macro-economy and the prices of financial assets. The Bérnácer Prize is awarded annually to a European economist under the age of 40 who has made significant contributions in the fields of macroeconomics and finance. 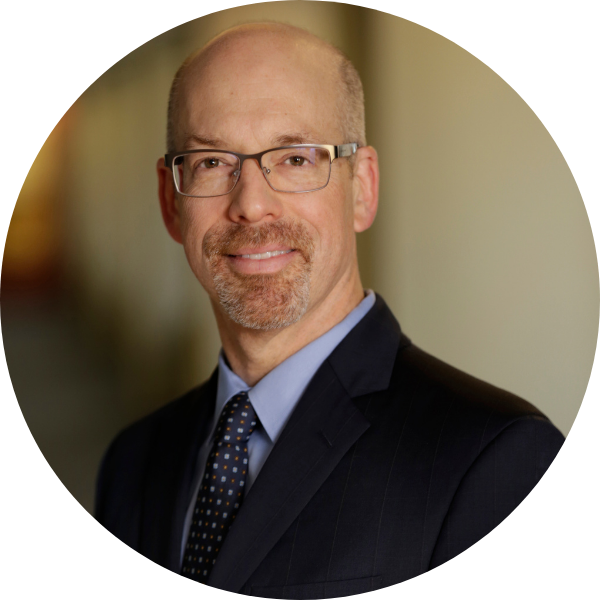 Rein has twenty-five years’ experience catalyzing constructive change in public and social finances and services as a leader in premier nonprofit and public organizations. Rein served as Associate Director of the US Centers for Disease Control and Prevention, Executive Deputy Commissioner/Chief Operating Officer of the NYC Health Department, Senior Vice President for Strategy of both EmblemHealth and NYU Lutheran and Senior Policy Advisor to the NYC Schools Chancellor. He has a BA in Philosophy from Tufts University and an MS in Urban Policy Analysis and Management from the New School’s Milano School. 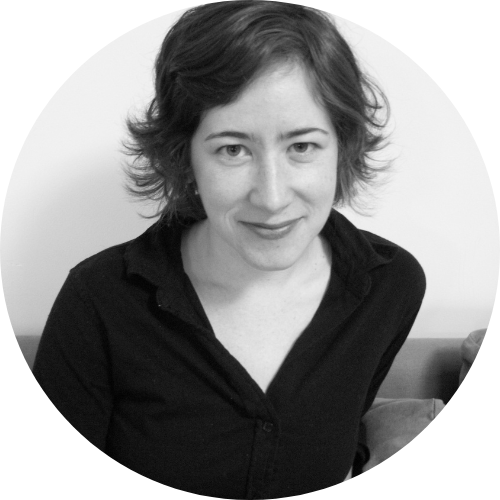 Her stories often explore topics such as workforce development and skills, contingent work, compensation, the bonds between employers and workers, and the intersection between economic trends and the on-the-ground practices of employers.

A former Knight-Bagehot fellow at Columbia University, Lauren has won awards from the Society for Advancing Business Editing and Writing and the Newswomen's Club of New York, and she was part of a team that won a Gerald Loeb award in 2019 for reporting on Amazon's search for a second headquarters. Lauren has also been a staff reporter at Reuters and Newsday, and she is the author of the 2009 book In Cheap We Trust: The Story of a Misunderstood American Virtue, a cultural history of frugality and cheapness in the United States.