Special Briefing on Inflation and Recession Risks for States and Cities

The Volcker Alliance and Penn Institute for Urban Research hosted a Special Briefing on the outlook for inflation, interest rates, the possibility of a recession, and what this means for state and local finance. The event began with Jerome H. Powell, Chair of the Board of Governors of the Federal Reserve System, delivering brief welcoming remarks in appreciation of Paul A. Volcker (1927-2019), former Federal Reserve Chair and founding Chairman of the Volcker Alliance.

Moderated by William Glasgall, Volcker Alliance senior director, public finance and Penn IUR Fellow, and Susan Wachter, co-director of Penn IUR, this briefing is the thirtieth in a series of sixty-minute online conversations featuring experts from the Volcker Alliance's national research network and Penn IUR, along with other leading academics, economists, and federal, state, and local leaders.

States and cities are well positioned to weather surging inflation and the slower growth that may follow, according to panelists at an April 21 Special Briefing -- a webinar hosted by the Volcker Alliance and the Penn Institute for Urban Research and highlighted by an appearance by Federal Reserve Chairman Jerome H. Powell.

With the Covid-19 pandemic winding down, governments are benefiting from a strong economic rebound, better-than-expected tax receipts, flush rainy-day funds, and trillions of dollars of federal money for Covid relief and infrastructure programs. At the same time, panelists said, inflation is already putting wage pressure on states and localities and threatening to increase the costs of funding their pension programs. And the Federal Reserve has started raising interest rates in a bid to stabilize prices, potentially slowing the economy.

Powell kicked off the session with a recorded tribute to Paul A. Volcker, founding Chairman of the Volcker Alliance. Volcker raised interest rates aggressively to stamp out inflation as Federal Reserve Chairman from 1979 to 1987, leading to a long period of price stability, Powell said.

"Paul Volcker knew that in order to tame inflation and heal the economy, he had to stay the course,” Powell said. “He demonstrated resolve and integrity by refusing to be swayed by political expediency."

“The most likely scenario for the U.S. economy over the next twelve to twenty-four months is for it to evolve into a self-sustaining economic expansion,” Zandi said. He predicted inflation will fall close to the Fed’s target of about 2 percent by the end of 2023, from more than 8 percent in March.

Zandi based that forecast on the assumption that the pandemic will continue to wind down, that oil and natural gas price increases due to Russia’s invasion of Ukraine will ease, and that the Fed will be “up to the task” of stabilizing prices while maintaining growth. Zandi estimated that the probability of recession over the next 12 months has risen to one in three, though he said if a recession does occur it would be mild, thanks to strong corporate and government balance sheets and the strengthening of the financial system following the Great Recession.

Gress said inflation has been running at 10.9 percent in the Phoenix metropolitan area, about three percentage points higher than the national average, and the fastest rate among the areas tracked by Bureau of Labor Statistics. “The typical Arizona household has spent more than $4,500 for the same goods and services over the past 14 months than they would have on average compared to 2020 prices. And that is including $600 more in gasoline alone.”

Arizona sales tax receipts have risen 17 percent through March from a year earlier, with about 40 percent of the increase due to inflation, he said. While higher prices have had a positive effect on revenue, inflation is also increasing wage pressure in the state, where 57 percent of the budget is attributable to personnel costs. “This year we’ve included over $200 million in the governor’s budget for wage increases for state employees,” Gress said. “That’s the largest state wage increase we’ve made in over a decade.”

Pension risks are also rising for states, which will have to increase contributions to plans as wages rise, or if higher interest rates lead to declines in the stock market.

“In higher inflation environment, the stage is set for underperforming assets versus what actuaries expected,” Build America Mutual’s Richmond said. “When that happens unfunded liabilities grow, and budgetary requirements that are needed to pay for them will grow as well.”

“It seems all signs are pointing to the negative in terms of pension risk,” Richmond said. One potential positive could occur, he said, if interest rates rise enough to allow well-funded public sector pension plans to avail themselves of pension risk transfer, or paying an insurance company to provide an insured annuity to take the obligation away from the pension plan.

Cohen, of National Municipal Research, said rising interest rates have already cut into municipal bond sales, which had topped $480 billion in each of the past two years. Part of that volume was driven by issuance of taxable bonds, which allowed municipalities to save money by refinancing debt, a tactic that’s not economical with higher interest rates. “I would not be surprised to see significantly lower volume through the rest of 2022,” she said. “Maybe we’ll end up $100 billion lower than last year.”

Though she cited several examples of infrastructure projects, Cohen said inflation also may dampen infrastructure spending. “Planning a capital budget is a lot trickier with such inflated costs,” she said.

During a question-and-answer session, Zandi said there’s little risk of a return to stagflation of the 1970s, characterized by high unemployment and high inflation.

“That’s a policy choice. Paul Volcker would really have a problem with us committing that error again,” Zandi said. “That’s the lesson we learned from the Volcker period, and I think that’s the lesson that’s been clearly inculcated in Powell and other Fed members, and I just don’t see them making that mistake again.”

Jerome H. Powell took office as Chair of the Board of Governors of the Federal Reserve System on February 5, 2018, for a four-year term. Mr. Powell also serves as Chairman of the Federal Open Market Committee, the System's principal monetary policymaking body. Mr. Powell has served as a member of the Board of Governors since taking office on May 25, 2012, to fill an unexpired term. He was reappointed to the Board and sworn in on June 16, 2014, for a term ending January 31, 2028.

Prior to his appointment to the Board, Mr. Powell was a visiting scholar at the Bipartisan Policy Center in Washington, DC, where he focused on federal and state fiscal issues. From 1997 through 2005, Mr. Powell was a partner at The Carlyle Group.

Mr. Powell served as an Assistant Secretary and as Under Secretary of the US Department of the Treasury under President George H.W. Bush, with responsibility for policy on financial institutions, the Treasury debt market, and related areas. Prior to joining the Bush administration, Mr. Powell worked as a lawyer and investment banker in New York City.

In addition to service on corporate boards, he has served on the boards of charitable and educational institutions, including the Bendheim Center for Finance at Princeton University and the Nature Conservancy of Washington, DC, and Maryland.

Matt Gress is the Director of the Arizona Governor’s Office of Strategic Planning and Budgeting. A recognized expert on Arizona policy, budgetary, and fiscal issues, Matt was appointed by Governor Doug Ducey in 2017 to lead the State in crafting a balanced, responsible and sustainable budget that protects taxpayers and invests in essential programs. Prior to his appointment, Matt served as Policy Advisor to Commissioner Andy Tobin at the Arizona Corporation Commission, the State’s utility regulator, and before that as a Senior Fiscal Analyst at the Arizona Joint Legislative Budget Committee. He has also taught high school English in the Tulsa Public School District in Oklahoma, and worked as a faculty associate at Arizona State University. Matt is active in his community, having served as a governing board member for the Madison Elementary School District in central Phoenix from 2017 - 2021, and recently finished a two-year period of service as a commissioner on the Maricopa County Planning & Zoning Commission. 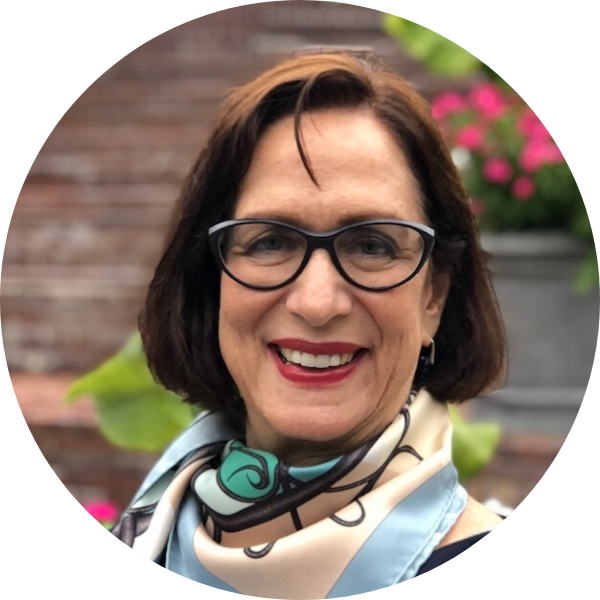 Les Richmond evaluates the credit risks related to pension and other postemployment benefit plans for all of the municipal issuers BAM guarantees – to date more than 5,000 individual borrowers with more than $85 billion par outstanding. His methodology includes creating comparisons between plans using a set of standardized, conservative assumptions. Les also provides support to BAM’s credit committee in developing its underwriting guidelines for analyzing pension risks and responding to emerging issues in the field.

Prior to joining BAM in 2013, Les was with Hay Group, where he was a Senior Principal. Duties included being the Project Leader of a four-year engagement to conduct an actuarial audit of the five New York City Retirement Systems. He also conducted special pension studies for the New York City Office of the Comptroller. Prior to that, he was a Senior Vice President of Aon Consulting, which he joined in 1986, with responsibility for providing actuarial consulting on pensions, post-retirement health and life insurance benefits and executive benefits.