The Volcker Alliance and Penn Institute for Urban Research cohosted a Special Briefing on Climate Change, Federal Aid, and State and Local Strategies.

Our expert panel included Tim Coffin, director of sustainability, Breckinridge Capital Advisors in Boston; Hughey Newsome, chief financial officer for Wayne County, Michigan; Emily Robare, vice president and credit research analyst, PIMCO Municipals; and Nora Wittstruck, director-ESG Lead for US Public Finance, S&P Global. They discussed the impact of climate change on state and local finances as well as the role the federal government may play under the infrastructure bill passed by Congress and other measures proposed by President Biden.

Moderated by William Glasgall, Volcker Alliance Senior Vice President and Director of State and Local Initiatives, and Nora Fitzpatrick, regional affairs specialist at the Federal Reserve Bank of New York, this briefing is the twenty-fifth in a series of sixty-minute online conversations featuring experts from the Volcker Alliance’s national research network and Penn IUR, along with other leading academics, economists, and federal, state, and local leaders.

As international leaders struggle over the details of the global response to climate change, state and local governments are already facing climate risks. At the same time that they bear cost burdens from these risks, they also have the opportunity to act on the ground..

“Climate transition risk is really accelerating for U.S.-based issuers in the municipal market,”  Environmental, Social, and Governance (ESG) bond expert Nora Wittstruck of S&P Global said at a Nov. 18 panel discussion hosted by the Volcker Alliance and Penn Institute for Urban Research (Penn IUR). “This is driven by changes in federal policy direction on this issue. It's the U.S. recommitting to the Paris Agreement and also the U.S.'s participation in the global methane pledge, which was one of the outcomes of [the climate conference] in Glasgow.”

“Special Briefing on Climate Change, Federal Aid, and State and Local Strategies” explored the credit implications of increased spending on roads, power grids, and water works to make them more resilient, as well as the fiscal risks of weaning some local economies off of fossil fuel.

The Special Briefing was the 25th in a series of 60-minute online conversations featuring experts from the Volcker Alliance’s national research network and Penn IUR, along with other leading academics, economists, and federal, state, and local leaders. Special Briefings are made possible by funding from The Century Foundation, the Volcker Alliance, and members of the Penn IUR Advisory Board.

The infrastructure needed to shift from carbon is likely to require significant funding from  the municipal bond market, which Glasgall estimated has the capacity to finance at least $2.5 trillion dollars of projects over ten years.

“Munis are on the front lines of climate change,” said Coffin, who helps manage $37 billion of municipal bonds at Breckinridge. “Climates are very local and the solutions to climate are going to be very local,” he said. He said action on the climate “begins with disclosure” and with the budgeting process.

“Investment in infrastructure, relative to making an area more resilient, is expensive,” Wittstruck said. “Stakeholders have to be invested as well. So, we also need to talk to issuers about how they are communicating climate risk to their communities, how they're figuring out how to fund these.”

With respect to making the transition, she said, some public power utilities in California appear to be “ahead of the game,” thanks to the state's more stringent approach to adopting renewable energy resources.

The economic risks of transition may be more pronounced in states like Alaska and Wyoming, where the governments rely on the energy sector to generate operating funds. Such risks tend to be localized in areas like the Permian Basin in Texas, Wittstruck said. In states such as Kentucky and West Virginia, based on their “topography and the entrenchment they have with coal,” Wittstruck said, it may take longer and prove less feasible to make the transition.

In contrast, she said that localities in states with acute and chronic risks, such as Florida, with its exposure to rising sea levels and hurricanes, will need and benefit from regional planning efforts like the Southeast Florida Regional Climate Change Compact to help identify and inform their capital investments.

Investment analysts look at climate change as “a threat multiplier,” PIMCO's Robare said. While demand for municipal bonds remains strong, climate risk is being priced into the market, she said, and some bonds may become unsuitable for higher credit quality portfolios.

“Wealthier communities have more means to do some of this adaptation,” she said, citing shoreline-strengthening projects in the Hamptons, in New York, and efforts to protect water supplies in Marin County, in California. In less affluent places there's more of a tendency toward buyout or retreat to resolve environmental crises, which depletes tax bases and worsens economic disparities, she said. “There's definitely a widening berth there, and a chance for federal or state or other dollars to come in and help with those inequities.”

Wayne County, home to Detroit, faces economic challenges and opportunities from the transition of the auto industry away from fossil fuels, as well as increased risks from climate events such as flooding. Newsome said Wayne County has started to receive ESG scores from Moody's investors Service. While the county has been “rated unfavorably” over to its exposure to the automobile industry, Newsome said local officials are “very excited” about the move toward electric vehicles, which was highlighted by President Biden when he visited a local plant after signing the infrastructure bill. “The challenge is, we can manufacture those,” Newsome said. “We also have to make sure that those plants are net-zero from cradle to grave, so the impact of the production of those vehicles, not just the carbon that's emitted from those vehicles, also is positive, or at least a net-zero impact.”

Newsome said Wayne County plans to use part of the $340 million it received in American Rescue Plan Act money to start a dedicated sustainability office. He said Michigan doesn't face the risk of hurricanes, like Florida, or the risk of wildfires, like western states, but does face elevated dangers due to climate change. “We have less and less ice cover and fewer and fewer days where the Great Lakes are frozen, which means we have not just rain events but also the Great Lakes themselves are starting to rise,” he said. Wayne County currently is using $5.5 million from the state of Michigan to repair the damage from its second 500-year flood in a seven-year time span, Newsome said. “Our game plan going forward will be focused on changing our infrastructure to make sure we’ll be able to deal with the impact of future 500-year floods in the region.”

Wayne County, home to one of the poorest cities in the nation, includes minority communities that are more vulnerable and less able to adapt to climate disasters. In evaluating the county's ESG performance, Newsome said, "we have to be thinking about the environmental justice portion. 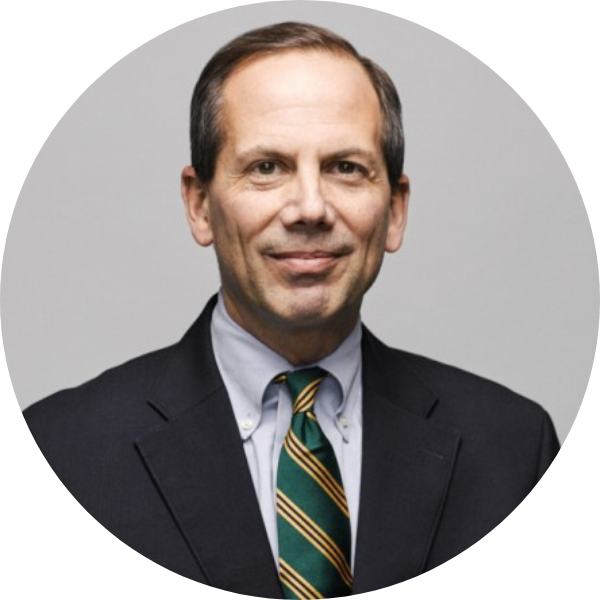 Tim Coffin is director of sustainability and a member of the consultant relations team for Breckinridge Capital Advisors in Boston. He also chairs Breckinridge’s Sustainability Committee. In his role, Tim focuses on developing the firm’s institutional relationships. In his time at Breckinridge, Tim has helped lead the introduction of Breckinridge’s environmental, social and governance (ESG) capabilities to clients. He has been with the firm since 2012 and has over 34 years of fixed income experience. Prior to Breckinridge, Tim was a vice president at Fidelity Investments where he launched and managed the firm's municipal finance group within Fidelity Capital Markets. Prior to Fidelity, he spent over 10 years with Corby Capital Markets Inc. where he managed the sales and marketing teams and served his last 3 years as the firm's president. Tim speaks regularly at conferences on topics related to sustainable investing and finance. He is a member of the advisory committee for the Brookings Institute’s Hutchins Center on Fiscal and Monetary Policy Annual Municipal Finance Conference. He is on the advisory board for the Journal of Impact and ESG Investing, and a member of the steering committee of the Intentional Endowment Network. Tim serves on the governing board for Ridley College in Ontario, Canada, and is the President of Ridley’s U.S. Scholarship Foundation. He received a B.A. from Hobart College and holds a Series 65 license. 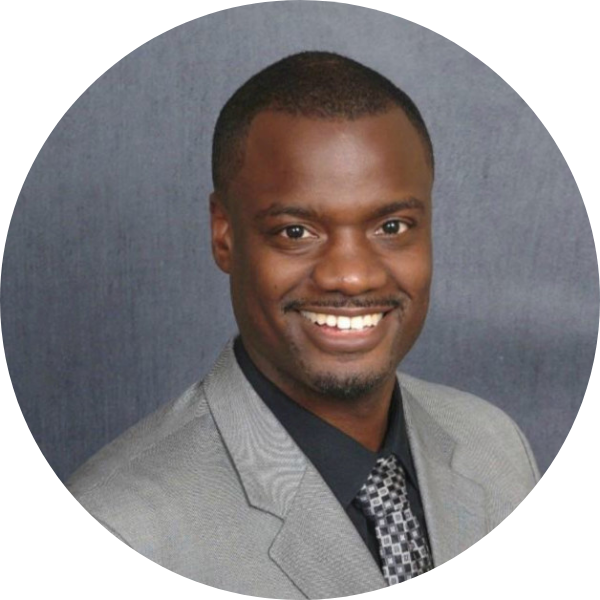 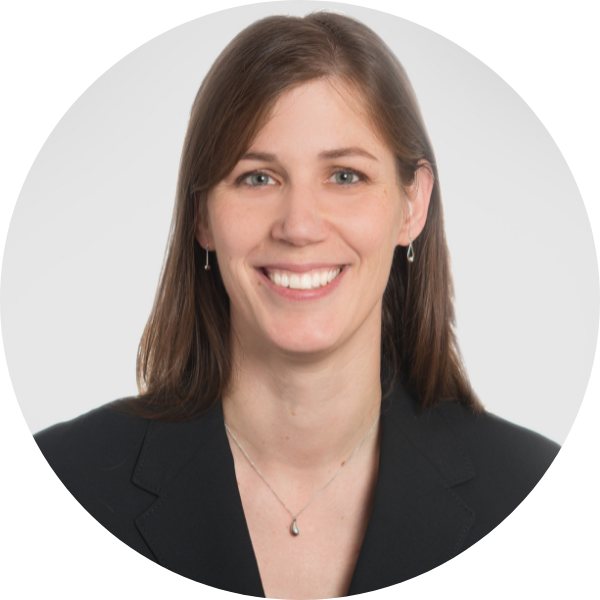 Emily Robare is a vice president and credit research analyst on the PIMCO Municipals credit research team. She leads the integration of ESG factors across PIMCO’s municipal strategies, and also covers a portfolio of municipal credits from around the U.S. Prior to joining PIMCO in 2021, she was the head of ESG research at Gurtin Municipal Bond Management, a PIMCO company. Prior to joining Gurtin in 2012, Ms. Robare was a municipal credit analyst at Moody’s Investors Service, and previously she held several positions within state and local governments in the workforce and economic development fields. She has 12 years of investment experience and holds a master’s degree in public policy and management from Carnegie Mellon University and an undergraduate degree in biology from Grinnell College. Outside PIMCO, she serves as the chair of the PRI's (Principles for Responsible Investment) sub-sovereign debt advisory committee. 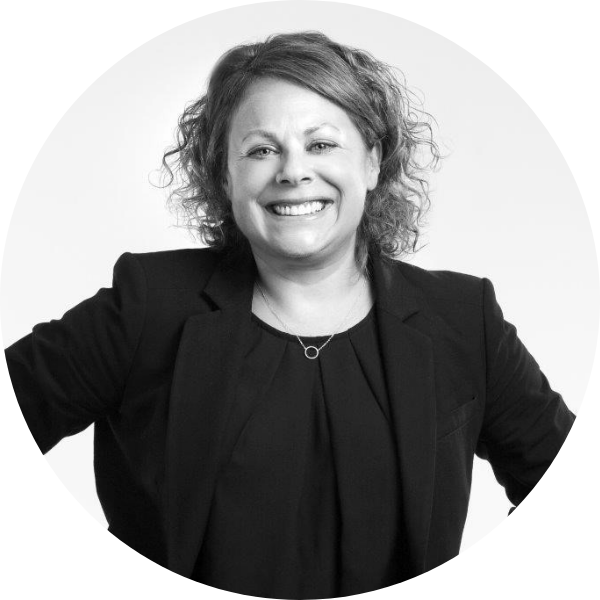 Nora Wittstruck joined S&P Global Ratings in January 2016 and is currently a Director – ESG Lead serving as the subject matter expert for ESG in Credit Ratings initiatives. She also is the analytical lead for New York City and on the analytical team for the State of Texas. Prior to joining S&P Global, Nora worked for the State of Florida in the Division of Bond Finance as a Bond Development Specialist.  The Division of Bond Finance is responsible for managing the long term debt issuance process for state agencies including the Department of Transportation and the State Colleges and Universities. Previous work history includes Moody’s Investors Service as an Assistant Vice President/Analyst covering local government credits in the West, Midwest and Southwest states.  Additionally, Nora spent a short time at FirstSouthwest Company (a division of Hilltop Securities) managing the Continuing Disclosure department. Nora received her Master’s in Public Administration from the University of North Texas in Denton, Texas and her Bachelor of Arts in Political Science from Truman State University in Kirksville, Missouri.