The Volcker Alliance and Penn Institute for Urban Research hosted an online Special Briefing: 2023 Outlook for States and Cities. Panelists will discussed issues including inflation, employment, housing, jobs, and the possibility of a recession. Mayor Kate Gallego of Phoenix, Arizona, outlined how the city is using federal recovery dollars, focusing on housing projects; the impact of a growing population on the city’s tax base; and her outlook for the coming year.

Moderated by William Glasgall, Volcker Alliance senior director, public finance and Penn IUR fellow, and Susan Wachter, co-director of Penn IUR, this briefing was the thirty-seventh in a series of sixty-minute online conversations featuring from the national research networks of the Volcker Alliance  and Penn IUR,  along with other leading academics, economists, and federal, state, and local leaders.

US states and cities will enter 2023 facing tight labor markets, lingering inflation, shortages of affordable housing, rising interest rates and a divided Congress that may be less sympathetic to subsidies for municipal bonds.

Yet economists Mark Zandi, of Moody’s Analytics, and Julia Coronado, of MacroPolicy Perspectives, both raised the possibility at a December 15 Special Briefing hosted by the Volcker Alliance and the Penn Institute for Urban Research that municipalities won’t face the recession that typically follows interest rate increases by the Federal Reserve.

While most economists still see a likelihood of recession next year, “there have been a lot of unusual elements to this cycle,” said Coronado, associate professor of finance at the McCombs School of Business at the University of Texas at Austin, and president of the National Association for Business Economics. “We’ve got a good shot at a near-miss” of a recession, she said. The unusual elements include strong government policy support to consumers and workers, the fastest labor market recovery in the last four economic cycles, low loan delinquencies, and consumer credit scores that have increased from before the pandemic.

Gallego said Phoenix, the nation’s fifth largest and fastest growing city, is benefiting from federal support. The CHIPS and Science Act, enacted in August, has spurred Taiwan Semiconductor Manufacturing Co. to build a second plant in the city, more than tripling the size of its investment, to $40 billion. The act “has been enormously helpful to the future of our community and has helped us diversify,” she said.

She said the city received $293 million in stimulus spending under the Coronavirus Aid, Relief and Economic Security Act of 2020 (CARES) and, $396 million under the American Rescue Plan Act of 2021 (ARPA). The CARES money was “very helpful” in maintaining public safety during the pandemic, while the ARPA money was “key for us in keeping people housed and healthy.”

Gallego said the city’s current challenges include a shortage of employees particularly in health care and construction, wage increases for municipal workers, and a lack of affordable housing. “Inventory is going up, but prices have not gone down yet,” she said.

While places like Phoenix are benefiting from in-migration, population has fallen in other big cities, such as New York, posing a challenge to their property tax bases, Cohen said. But she added that going into 2023, municipalities have “stronger ability to weather” an economic downturn, thanks to federal stimulus and the period of low interest rates that helped them to clean up their balance sheets.

Brock said GFOA’s priorities, with Republicans poised to take control of the House of Representatives in the 118th Congress, include defending subsidies for Build America Bonds, responding to expected oversight of ARPA spending, pressing for the restoration of tax-exempt refunding of municipal bonds, and assisting in the development of a usable template under the Financial Data Transparency Act, which requires require standardization of municipal financial disclosure data in machine-readable format. The Senate passed the measure on December 15, as part of the National Defense Authorization Act of 2023, following earlier House approval. It awaits President Joe Biden’s signature.

Brock said a divided Congress may be seen as good news. “What some people negatively characterize as gridlock we might actually positively characterize [as] gridlock in the form of a calming down,” she said, “Markets love gridlock. We’ve endured so much uncertainty, $5 trillion in stimulus spending in the recent past. Some certain and deliberate policy making might be welcome in the market." 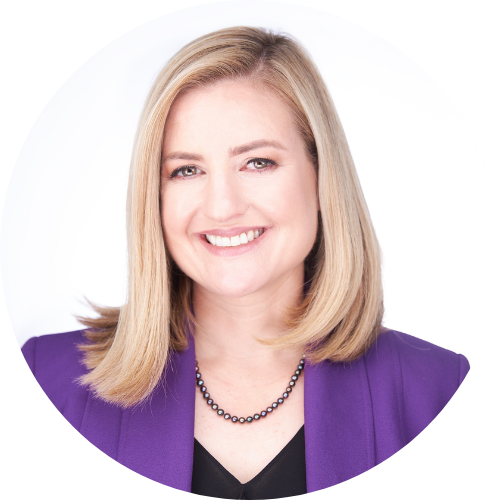 Mayor Kate Gallego’s vision is for a Phoenix that is vibrant and growing, where every person is treated with dignity and respect. She is an advocate for smart business growth and is leading the city to global status in biosciences, semiconductor manufacturing and advanced medical manufacturing. She plans to see Phoenix become the most sustainable desert city in the United States.

Mayor Gallego is the second elected female mayor in Phoenix history. In November 2020, she received the highest number of votes ever cast for a mayoral candidate in Phoenix.

She graduated from Harvard and holds an MBA from the Wharton School at the University of Pennsylvania. 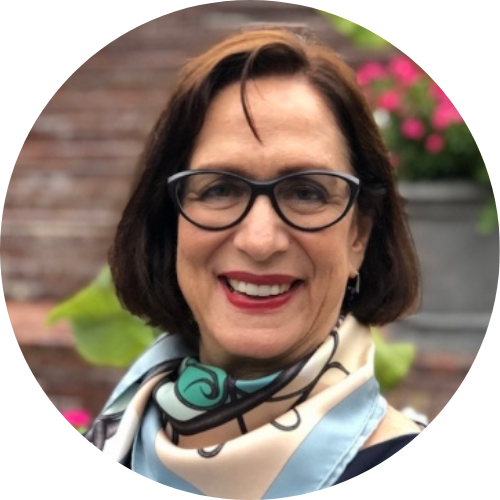 Natalie Cohen is President and founder of National Municipal Research, a consulting and research company focused on U.S. state and local government finance. She publishes on these topics at The Public Purse. A seasoned analyst, writer and speaker, she started her career at New York City OMB, worked at a rating agency, several bond insurers and is known for her published work on municipal bond defaults. She most recently spent eight years building and branding municipal research at Wells Fargo Securities. She was awarded the Lifetime Achievement award by Smith’s Research and Gradings and the Women Trailblazers award from the Bond Buyer.

She has an MPA from New York University's Wagner School of Public Service and a BA from Hampshire College in Amherst, Massachusetts. She has been a member of the Government Accounting Standards Advisory Council, a former Board member of the National Federation of Municipal Analysts. She served two terms on the Government Finance Officers Association standing budget committee and is on the GFOA Committee on Retirement Benefits Administration. She is also a Board member of Build America Mutual, a bond insurer, and chairs the Audit Committee. 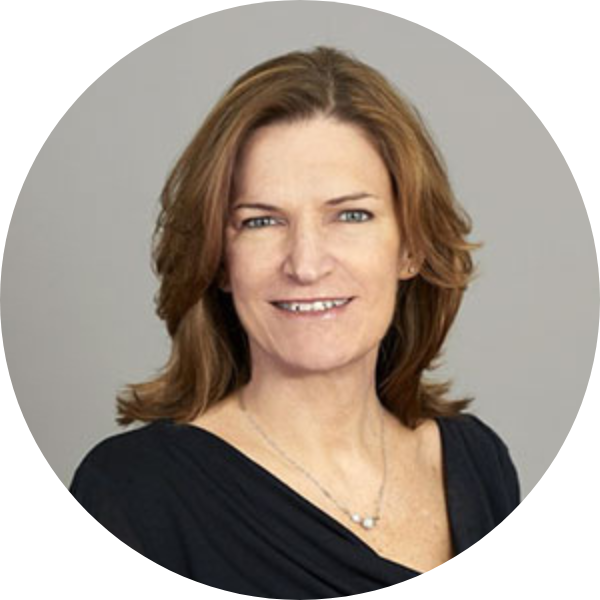 Julia Coronado is a Clinical Associate Professor of Finance at the McCombs School of Business at the University of Texas at Austin. She has more than a decade of experience as a financial market economist including serving as Chief Economist for Graham Capital Management and BNP Paribas, and as a Senior Economist at Barclays Capital. After receiving her Ph.D. in Economics from the University of Texas at Austin, Julia worked for the Federal Reserve Board of Governors in Washington D.C. for eight years where she regularly briefed the Board and contributed to the FOMC forecasts. Julia has published a number of scholarly articles on issues related to pension finances and market valuations, social security, retirement saving adequacy and behavior, the frontier of private and public data collection, digital currency and monetary policy. Julia has represented the US at OECD meetings on financial market issues and has testified before the US Congress on Social Security reform and Central Bank Digital Currencies. She is a member of the Economic Advisory Panel of the Federal Reserve Bank of New York and the Economic Studies Council at the Brookings Institution and is currently Vice President of the National Association of Business Economists. Julia is also on the Board of Directors of Robert Half International and Dynex Capital and serves on the Advisory Boards of the Bureau of Economic Analysis, the Pension Research Council at the Wharton School and the Cleveland Fed’s Center for Inflation Research. Julia is a regular commentator in financial media, including CNBC, Bloomberg, Marketplace, and the Wall Street Journal. 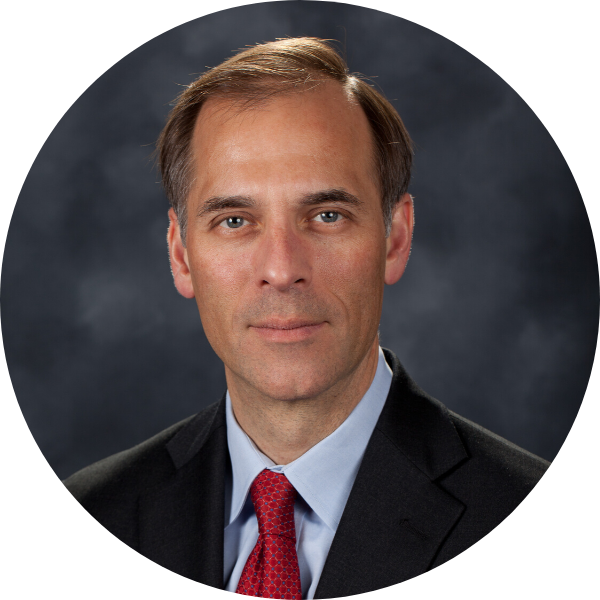