The Volcker Alliance and Penn Institute for Urban Research hosted an online Special Briefing: Big Cities, Big Challenges. The discussion focused on addressing inflation that has yet to be controlled and recession fears for big cities while federal COVID-19 budgetary aid will soon expire.

Moderated by William Glasgall, Volcker Alliance senior director, public finance, and Penn IUR Fellow, and Susan Wachter co-director of Penn IUR, this briefing was the thirty-sixth in a series of sixty-minute online conversations featuring experts from the national research networks of the Volcker Alliance and Penn IUR, along with other leading academics, economists, and federal, state, and local leaders.

Almost two years after the COVID 19 pandemic upended the world economy, US cities face increased infrastructure spending just when inflation is driving up costs and a possible recession threatens to curtail tax revenue. Still, panelists at a November 17 Special Briefing hosted by the Volcker Alliance and Penn Institute of Urban Research said they were cautiously optimistic about cities’ fiscal outlook.

Farhad Omeyr, program director of research and data at the National League of Cities, said budgets show declines in expenditures and revenues of more than 2 percent in real terms for fiscal 2022. “That’s actually a good thing,” he said. “It shows that our governments are bracing for impact and they are being super cautious and fiscally conservative. Governments are in the mood of not expanding their programs, and basically focusing their limited resources at this point on their vital services such as public health and public safety.”

Moderated by William Glasgall, Volcker Alliance senior director, public finance, and Penn IUR Fellow, and Susan Wachter co-director of Penn IUR, the webinar was the thirty-sixth in a series of sixty-minute online conversations featuring experts from the national research networks of the Volcker Alliance and Penn IUR, along with other leading academics, economists, and federal, state, and local leaders. The latest episode and all previous ones are now available on the Special Briefing pod, which can be downloaded from all major podcast platforms.

Franklin said municipalities in the southeast and in the Atlanta region, benefiting from in-migration, are raising salaries to compete for workers, especially in police departments. “We are seeing growth in population and therefore a growth demand not for not just basic services but for investments by cities in quality of life, whether it is parks or other experiences and a greater demand in the area, obviously, in affordability.“

She added, “I have not been able to uncover any evidence that local governments of size in the metropolitan area are experiencing huge downturn in revenue that concerns them. They realize they could be facing a recession, but none have reached a point where they are expressing serious concerns about their ability to pay for basic services.”

In New York City, meanwhile, the projected budget deficit for next year is a “pretty manageable” $3 billion, David said, as revenues continue to come in above expectations. The city has $8.3 billion in reserves and has “no big pension overhang,” after fully accounting for the increased pension contributions that are required by financial markets’ decline.

In two years, however, the city is projecting budget deficits of $10 billion, he said. That may understate the size of the shortfall, he said, because it anticipates raises for municipal workers of only 1.5 percent a year, which unions are likely to reject. If a recession leads to a Wall Street downturn, the budget may come under “enormous stress,” David said.  “Wall Street accounts for 22 percent of all state tax revenue,” he said. “If there is a huge Wall Street downturn, it will hit the state first and when the squeeze is severe it will impact all the money the state sends to the city.”

David said he was optimistic that tax revenue from the office market, which bounced back from the terrorist attack in New York in 2001, will also weather the work-at-home trend spurred by the pandemic. Though office occupancy probably won’t ever exceed 90 percent of pre-pandemic levels, David said he is confident that elite office properties, known in the city as Class A, will prosper while outdated office buildings can be converted to residences.

Gillers said Chicago is in a better position to respond to the looming challenges after its rating was raised to investment grade by Moody’s Investors Service. The rating service rewarded mayors Rahm Emmanuel and Lori Lightfoot for taking a more disciplined approach to reducing the city’s pension debt than longtime Mayor Richard M. Daley, she said. 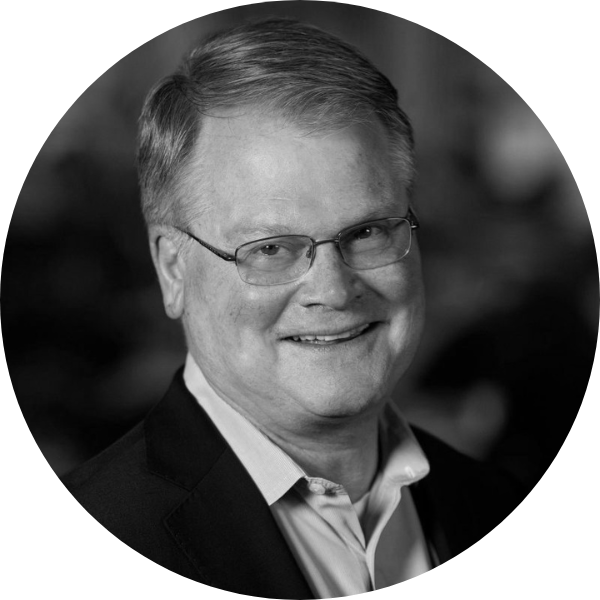 Greg David is director of the Business and Economics Reporting Program at the City University of New York Craig Newmark Graduate School of Journalism and a contributor to The City, covering fiscal and economic issues. He is also director of the Ravitch Fiscal Reporting Program at the school, providing advanced training for state and local reporters around the country.

Greg has taught every business class at the Newmark J-School since its founding in 2006, beginning with Covering the New York City Economy for the Urban Reporting concentration. Since 2010, he has taught Covering the Economy and Covering Markets and Companies. He is also heavily involved in recruiting new students as part of the admissions committee and securing internships and jobs for business students.

Greg joined The City after 35 years with Crain’s New York, where he was editor, editorial director, and a columnist. His book Modern New York: The Life and Economics of a City was published by Palgrave Macmillan in 2012 and covers the city’s economic history from Mayors John Lindsay to Michael Bloomberg with an emphasis on the connections between politics, government, and the economy as well as Wall Street, tech, and tourism. The Economist called it “the fast-paced story of the fall and rise of New York.”

David began his career at the Sarasota Herald Tribune and the Charlotte Observer. He joined Crain Communications in 1976 as an editor at Business Insurance, was managing editor and special project editor for Crain’s Chicago Business from 1978-85 and moved to Crain’s New York in 1985.

He has a B.A. in History from New College, Sarasota, Fla. 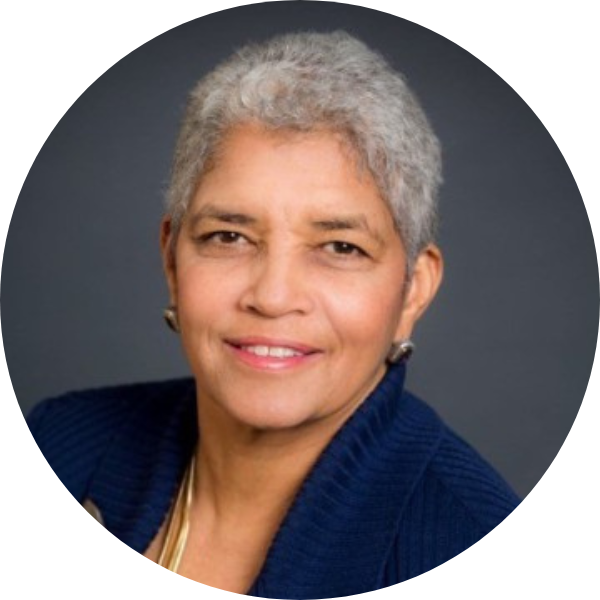 Shirley Franklin is executive board chair of Purpose Built Communities and the former Barbara Jordan Visiting Professor of Ethics and Political Values at the LBJ School of Public Affairs at the University of Texas in Austin. In 2002, Franklin was elected mayor of Atlanta, becoming the first African American female mayor of a major Southern city, and served two terms (the office is term limited). Upon leaving office in 2009, she was appointed to an endowed chair at Spelman College and served until June 2011.

Atlanta experienced unprecedented growth over Ms. Franklin’s eight years as mayor. That afforded her the opportunity to partner and collaborate with many local and regional leaders in addressing policy challenges, which included urban planning, economic development, and infrastructure. Ms. Franklin is best known for developing successful business and public sector partnerships and alliances and advocating for and tackling major government operations and ethics reform: launching the Atlanta Beltline, planning and executing over $5 billion in airport and water infrastructure improvements, leading the acquisition of the Morehouse College Collection of the papers of Martin Luther King Jr., and starting the Regional Commission on Homelessness. In addition to her role as a public official, her community service spans nearly forty years in Atlanta and comprises her active participation in the arts, homelessness, and higher education.

Ms. Franklin serves on the Board of Directors of Mueller Water Products. Her civic engagement includes her work as chairman of the board of the National Center for Civil and Human Rights and as a Board Member of the Volcker Alliance and the Centers for Disease Prevention and Health Promotion Foundation. She is a former member of Delta Air Lines’ Board of Directors.
Franklin co-chaired the Democratic National Convention in 2008 and the DNC Platform Committee for the 2016 convention. During her mayoral term she was an active member of the US Conference of Mayors.

Having served more than three decades as an executive in government and business, Ms. Franklin is a frequent speaker and subject matter expert on leadership, public policy, and community engagement. She served as an executive in the administrations of former Atlanta mayors Andrew Young and Maynard Jackson and counts them among her most important professional mentors.

Born and reared in Philadelphia, educated at Howard University and the University of Pennsylvania, Ms. Franklin has lived with her family in Atlanta since 1972. 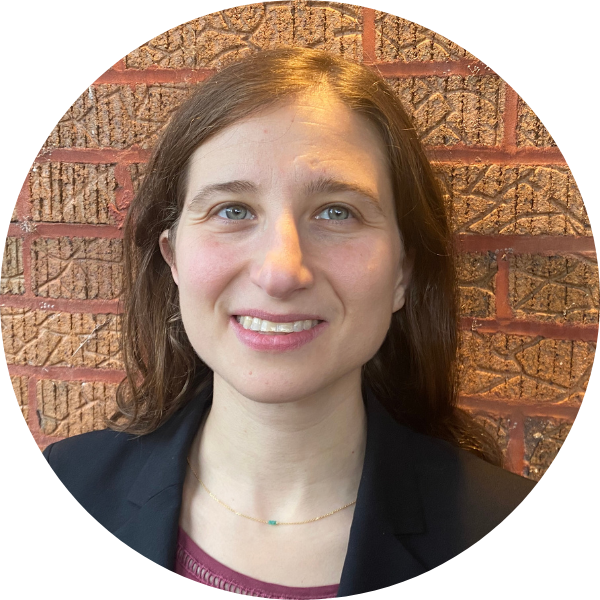 Heather Gillers writes about pension funds and the municipal bond market for the Wall Street Journal's finance section. She is based in the Journal's Chicago bureau. She previously worked at the Chicago Tribune and The Indianapolis Star. 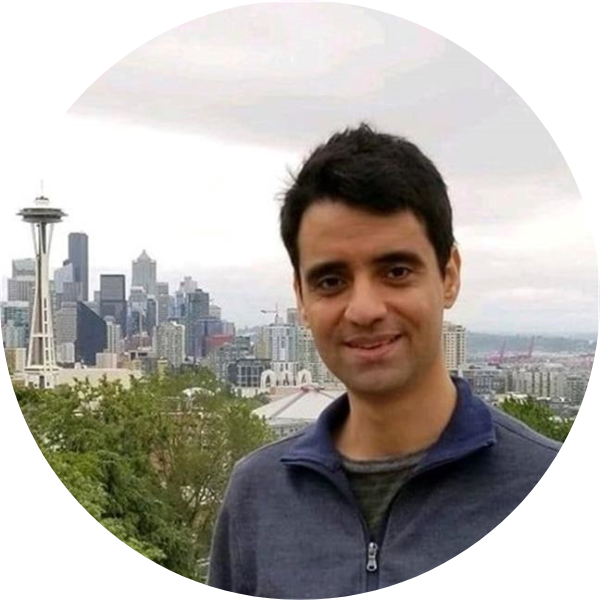