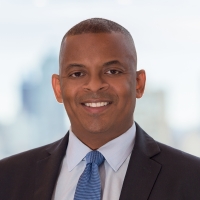 Anthony Foxx joined Lyft as chief policy officer and advisor to the president and chief executive officer. Prior to joining Lyft, he served as the seventeenth United States secretary of transportation under President Barack Obama from 2013 to 2017. Mr. Foxx advises AutoTech Ventures, LLC, a Silicon Valley venture capital firm that focuses on surface transportation technology, Hyperloop One, a new transportation technology inspired by Elon Musk and Tullco Investors.

The Senate confirmed the nomination of Mr. Foxx to the secretary of transportation by a vote of 100-0. During his time as the secretary of transportation, Mr. Foxx led an agency with more than 55,000 employees and a $70 billion budget, whose primary goal was to ensure that America maintains the safest, most efficient transportation system in the world. Under Mr. Foxx’s leadership, the Department of Transportation (DOT) established a first-ever policy framework for the safe integration of self-driving vehicles and leveraged $350 million in public and private funding to demonstrate how smart technology can change cities and local communities.

Mr. Foxx developed the Obama Administration’s first surface transportation bill and worked on a bipartisan basis to get its congressional incarnation, the FAST Act, passed. He launched the Department’s first, and the Administration’s most successful, Smart City Challenge, engaging more than seventy cities to develop their own strategies to incorporate new technologies into their transportation networks.

Previously, he served as the mayor of Charlotte, North Carolina, from 2009 to 2013. First elected to the Charlotte City Council in 2005, upon his 2009 mayoral victory he became the youngest mayor of Charlotte and its second African American mayor. Beginning his tenure as mayor while facing a nearly 13 percent area unemployment rate, Mr. Foxx announced the creation of more than 4,000 new jobs, worked to reinforce Charlotte’s role as a critical energy industry hub, saw the completion of a new runway at Charlotte-Douglas International Airport, and led a delegation of Charlotte business leaders to meet with senior White House officials to press for several economic recovery spending measures.

Mr. Foxx received his bachelor of arts in history from Davidson College and his juris doctorate from the New York University School of Law. He is married to Samara Ryder, also an attorney.

Anthony Foxx Joins the Board of the Volcker Alliance
Press Releases
Tuesday, September 19, 2017