While Wyoming depends on severance taxes for much of its revenues, it fails to consider the levy’s volatility in managing its rainy day fund. This shortcoming, and the state’s lack of policies to guide disbursements from its Legislative Stabilization Reserve Account, accounted for its C average in reserve funds for fiscal 2015 through 2019. The mark would have been lower if a replenishment policy had not been established in 2017.

In contrast, Wyoming follows solid budget forecasting practices that earned it a B average in the category. The state uses five-year revenue estimates developed for each biennial budget. The forecasts are made by the Consensus Revenue Estimating Group, which was created in 1983 by the executive and legislative branches. It includes members from the Departments of Education and Revenue, Wyoming Oil and Gas Conservation Commission, Wyoming State Geological Survey, and the University of Wyoming. The state lacks multiyear expenditure estimates, however.

In legacy costs, which includes public worker pensions and other postemployment benefits (OPEB), primarily health care, the state received the lowest possible mark, D-minus. While its pension funding ratio was 77 percent in 2019, 6 percentage points above the total for all states, Wyoming did not fund pensions or OPEB on an actuarially recommended basis. It posted a B average in budget maneuvers. Among one-time actions taken during the study period, it tapped the rainy day fund to cover recurring expenditures as oil and natural gas prices fell in 2018. 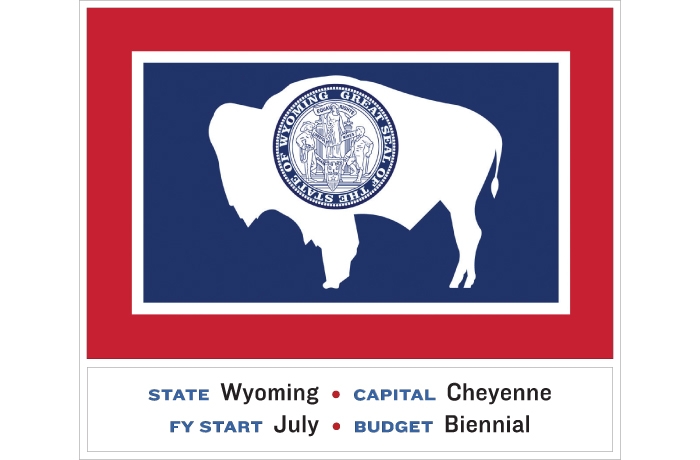