Wisconsin was one of seven states that received a top A average in legacy costs for fiscal 2015 through 2019. Alongside South Dakota, it was one of only two with a fully funded public worker pension system in 2019.

The state’s 103 percent pension funding ratio in 2019 was the highest of any state. Over the five-year study period, Wisconsin’s annual pension funding met the actuarially determined contribution. Funding also benefits from the pension’s risk-sharing features, with investment performance influencing accrual rates, contributions, and retiree payments. Pensions are such a high priority that, since 1988, the state Legislative Council, which provides nonpartisan legal and policy advice, has taken the unusual step of examining pension liabilities of all states every other year. Wisconsin funds other postemployment benefits (OPEB), principally health care, on a pay-as-you-go basis. With a modest $431 million net OPEB liability as of December 31, 2018, compared with an $18 billion general fund budget, the policy did not hurt the state’s legacy costs grade.

A dramatic contrast is Wisconsin’s D average in budget forecasting. The state does not use a consensus revenue estimate, choosing instead to rely on the executive branch’s Department of Revenue to produce the official figure for each biennium. The state does not present multiyear revenue or expenditure estimates in the budget or related documents.

Wisconsin posted B averages in budget maneuvers, reserve funds, and transparency. In budget maneuvers, the state avoided deferring expenditures and shifting revenues and costs from 2016 through 2019, but it has consistently pushed debt payments to future years in bond refundings. In reserve funds, the Budget Stabilization Fund features policies for replenishments and disbursements, but the state does not consider revenue volatility in setting aside money for the rainy day account. 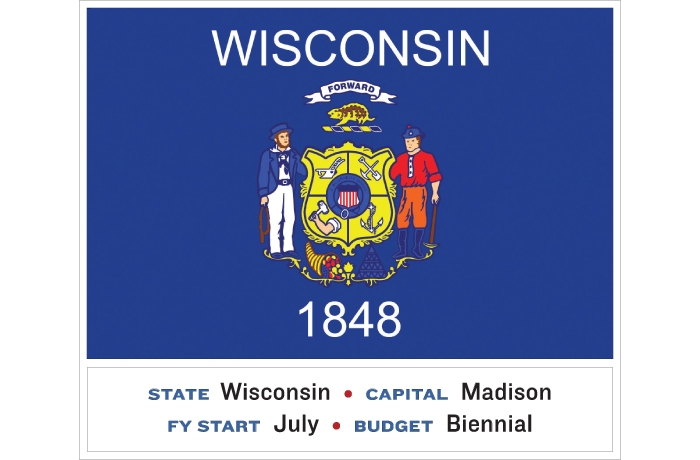