Select one of the interactive data visualizations below to explore the research results of the Truth and Integrity in State Budgeting project in more detail.

You can also download the specific data set associated with each interactive data visualization by using the download button on each of the pages listed below. 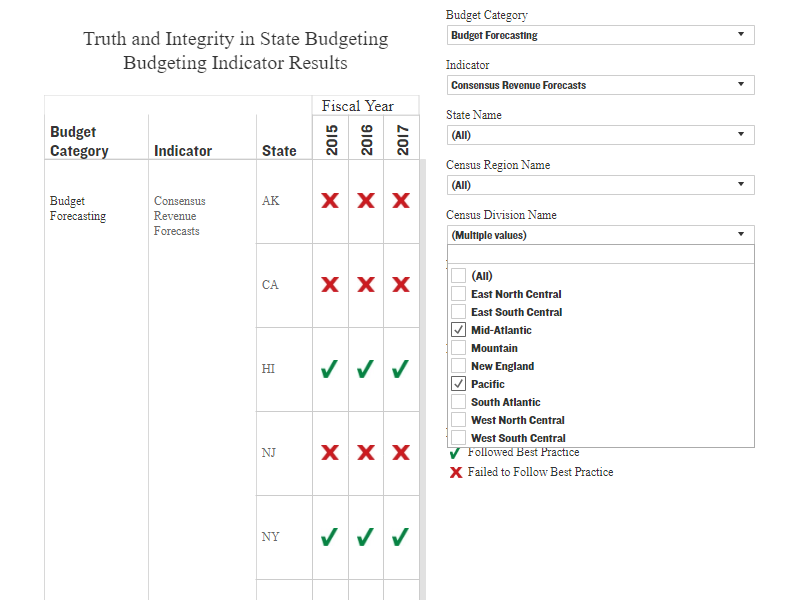 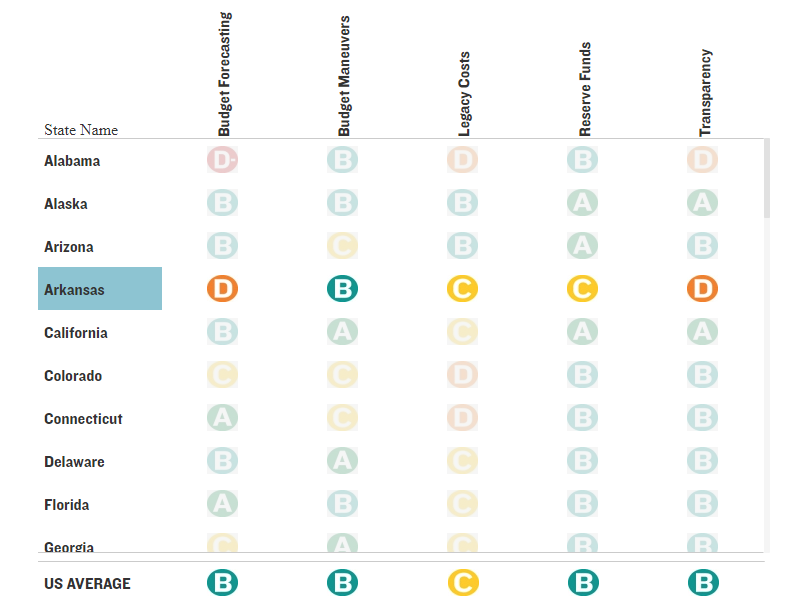 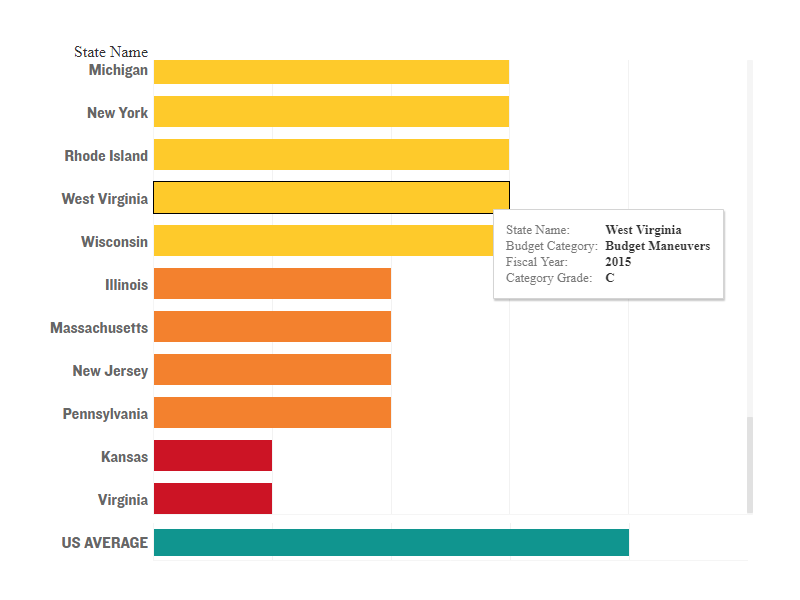 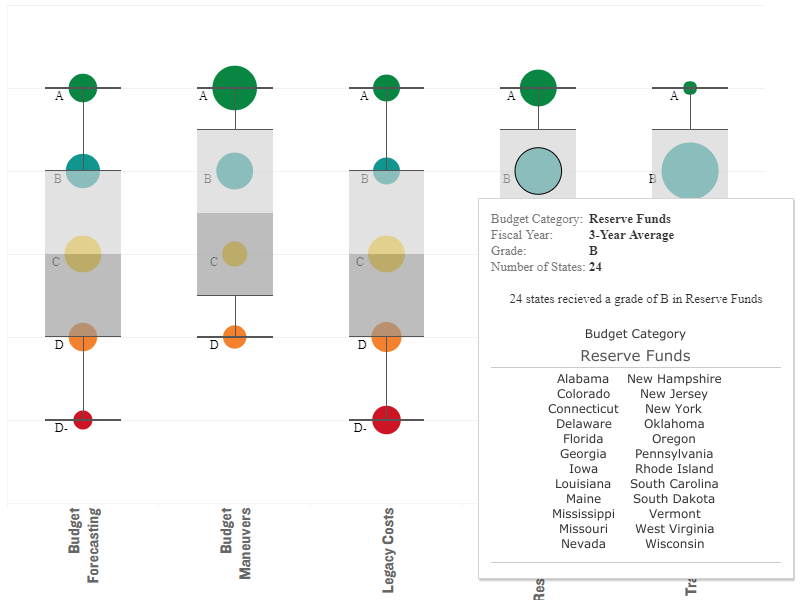 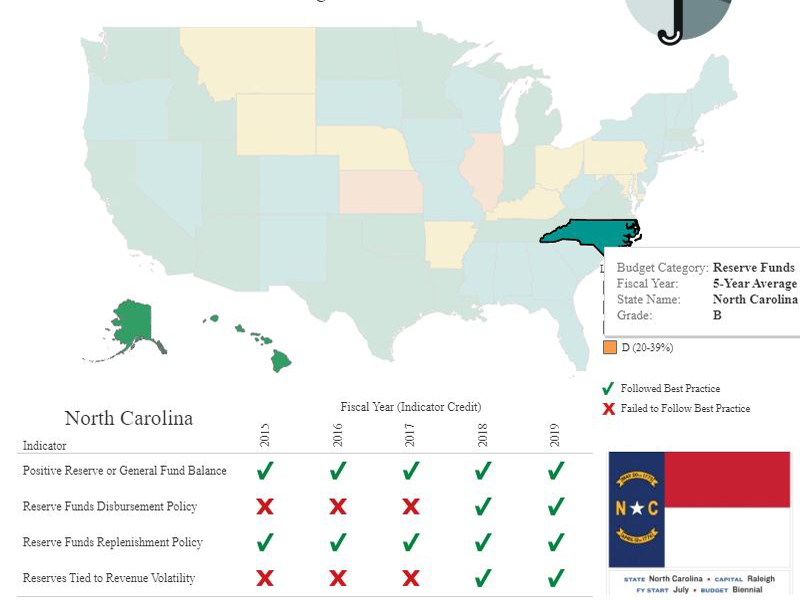 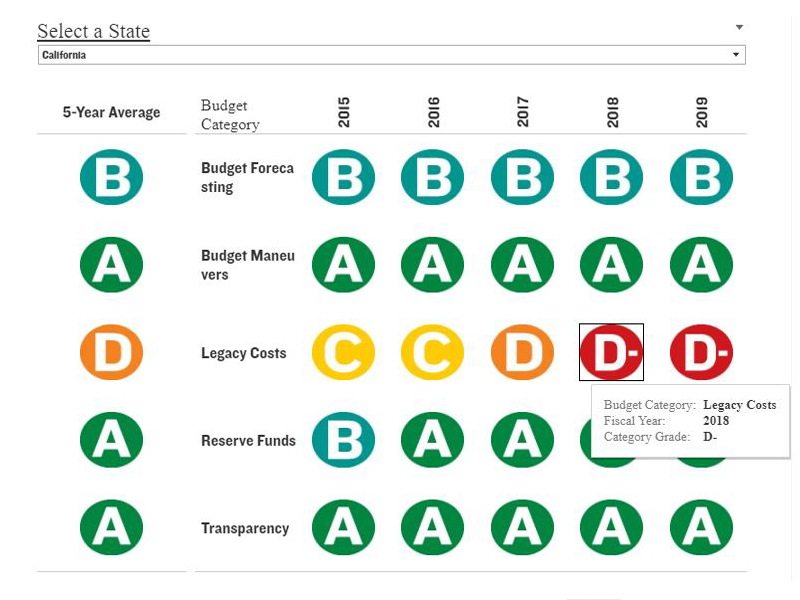 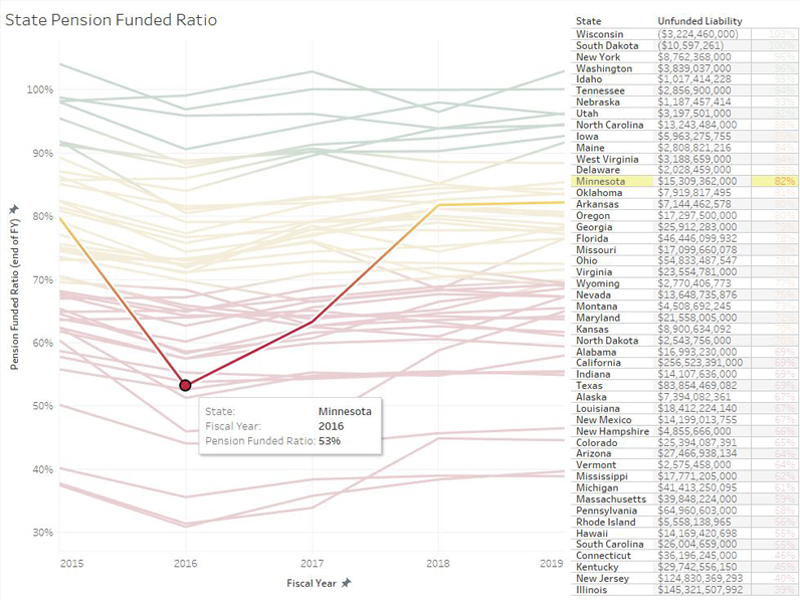 You can download the full data set as a spreadsheet file, including all the budgeting practice indicator results, budgeting category grades and grade distributions for all 50 states for fiscal years 2015-2019 plus 5-year averages, by using the 'Download Data' button at the top right of this page.

Project Background
Truth and Integrity in State Budgeting: Preparing for the Storm

State fiscal sustainability is of no small concern to the US economy or the federal government. As Volcker Alliance founder Paul A. Volcker stated in 2017, “The purposes and manner in which public funds are spent are matters basic to our well-being as a nation.” Indeed, states generate $2.6 trillion in annual revenue, equivalent to about 13 percent of the nation’s gross domestic product. State and local governments—the latter heavily dependent on state budget funding—employ almost twenty million people.

While states benefited mightily from the longest economic recovery since the mid-nineteenth century, their advances were often tempered by deeply rooted fiscal challenges. Faced with constitutional, statutory, or customary requirements for annually balanced budgets, many states were forced to reduce or reallocate spending even amid the recovery in GDP and tax revenues. The potential to defer or obfuscate in making these adjustments is very real. That is why the need for comprehensive and accurate accounting and transparent reporting of the financial positions of individual states is even more compelling.

During the period covered in the Truth and Integrity in State Budgeting research project, fiscal 2015 through 2019, many states took advantage of economic recovery and growing tax revenues to strengthen their budget processes as well as their rainy day funds and other emergency cash reserves. While no one could have foreseen the public health, economic, and fiscal stresses caused by the onset in 2020 of the COVID-19 pandemic, actions taken by states during the boom times for employment and GDP left many better prepared for hard times than they were only a few years earlier.

In Truth and Integrity in State Budgeting: Preparing for the Storm, a report released in March 2021 covering all fifty states during fiscal 2015 through 2019, the Volcker Alliance focuses on five critical areas that explain methods used to achieve budgetary balance, as well as how budgets and other financial information are disclosed to the public. States were given grades of A to D-minus for their procedures in:

In addition to assigning grades, the Volcker Alliance proposes a set of best budgeting practices for policymakers to follow.

Critical to this work has been the cooperation of eight universities, each with a strong interest in public finance and public service education. Research was conducted by professors and graduate students at City University of New York; Florida International University; Georgia State University; University of California, Berkeley; University of Kentucky; the Chicago and Springfield campuses of University of Illinois; and University of Utah. The Alliance hopes to assist schools of public policy and administration by helping to widen the scope of research in the areas of public budgeting and finance while training students looking toward careers in state and local governments. The universities’ research efforts were augmented by Volcker Alliance staff, data consultants at Municipal Market Analytics, and special project consultants Katherine Barrett and Richard Greene.

The Truth and Integrity in State Budgeting Data Lab was made possible in part by grants from the Peter G. Peterson Foundation and the Laura and John Arnold Foundation.
© 2021 VOLCKER ALLIANCE INC.
The Volcker Alliance Inc. hereby grants a worldwide, royalty-free, non-sublicensable, non-exclusive license to download and distribute the Volcker Alliance paper titled Truth and Integrity in State Budgeting: Preparing for the Storm and its associated data sets for non-commercial purposes only, provided that the Paper’s copyright notice and this legend are included on all copies.