This report was produced for the Stanford Public Policy Program practicum project on the topic of bank loans in California’s municipal financing market. This research should be of interest to policy groups, legislators, debt issuers, investors, and California taxpayers.

The Public Policy Program at Stanford is an interdisciplinary program connecting the theoretical and analytical tools of economics, political science, philosophy, psychology, and law with their real-world policy applications. The Program works with the Stanford Institute for Economic Policy Research (SIEPR), which supports research that informs economic policymaking while engaging future leaders and scholars. SIEPR shares knowledge and builds relationships among academics, government officials, the business community and the public.

Municipalities rely on the collection of taxes or transfer of state and federal taxes to meet revenue requirements. But they also make use of other instruments to raise revenue, such as publicly issued bonds, private placements of municipal securities, and direct loans from banks. The phenomenon of bank loans has raised important questions about transparency, the agreements themselves, and their impacts on municipalities, investors, and the market in general.

California is currently the only state to require the disclosure of bank loans to municipal government. This information is collected by the California Debt and Investment Advisory Commission (CDIAC). California is the largest municipal market in the country at $78.5 billion in 2016, with $11.0 billion in private placements and direct loans.  This suggests that California’s annual issuance of public debt is 17% of the national issuance and California’s municipal bank loan market is also 17% of the equivalent national market. This study examines CDIAC data to characterize bank loans, identify areas of concern, and discuss roles for public policy.

The research analyzes state and local debt issuances between 2012 and 2016, as well as direct loan documents from 2016. It is also informed by interviews with representatives from municipal borrowers, financial institutions, bond counsels, regulatory agencies, and professional organizations. The findings can be summarized as follows:

These findings suggest that the absence of timely and clear disclosure of bank loans and their provisions could negatively impact municipal investors and citizens who are unable to properly assess the riskiness of municipal issuers. The availability of this information allows regulators to identify trends and bubbles at the macro-level, and reduce information asymmetry between issuers and their investors, creditors, and citizens at the micro-level.

Our recommendations can be summarized as follows:

How Much Does a Federal Dollar Cost the States? 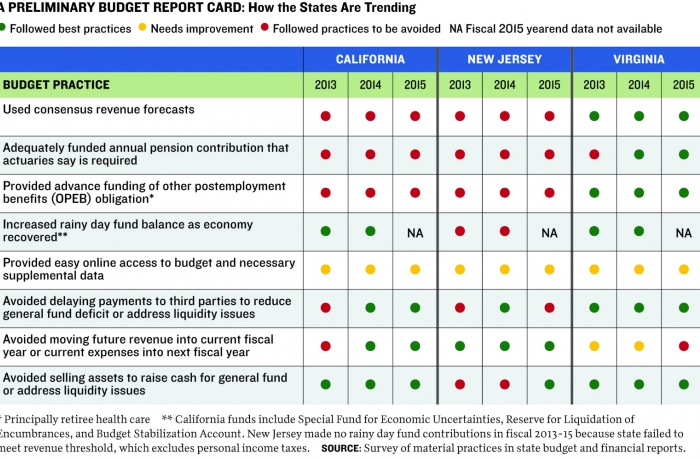